IS SOMEONE LISTENING TO YOUR HEARBEAT?

Wherever there is new technology, there are new dangers.

If you’re familiar with my Hunt for Jack Reacher Series, you’ll know the many different technologies that are used by the government for surveillance. Previously I’ve written about how fingerprints and facial recognition have proven to be both beneficial and potentially risky assets to society. 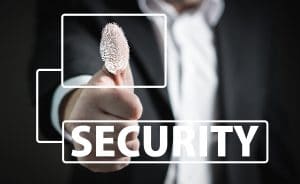 Fingerprints are extremely helpful for solving crimes, and that’s often the reason I research and write about them — both in my books and here on my blog. Fingerprinting is a tool that is used so frequently in investigations that fingerprint residue alone can even serve as a clue. However, fingerprints are far from foolproof. A single dirty or fake fingerprint can throw off a whole investigation.

Similarly, while advanced facial recognition software such as Amazon’s Rekognition is both highly accurate and cheap, there are flaws to this system as well. Facial recognition requires a good view of a person’s full face to get a reliable reading, which is not always possible. The technology is rendered useless with disguises or other ways of changing a person’s appearance.

There’s a new and even more powerful technology on the scene that could solve all of these problems while also potentially putting your personal privacy into question like never before. It might even be enough to put Jack Reacher out of business. 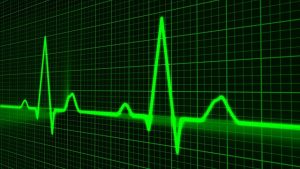 Did you know that each person has a unique heartbeat?

A new infrared laser device called the Jetson has been created that can detect a person’s unique heart rhythm. The device works using a laser vibrometry to detect the movement of the heartbeat, often referred to as a cardiac signature. Cardiac signatures are more reliable than fingerprints and facial recognition because a heartbeat cannot be disguised or tampered with (at least, not yet!).

Despite these advantages, the technology does have a few limitations. Currently, these lasers are limited to working within 200 yards of the individual and cannot work through thick clothing. Another limitation is that a database for cardiac signatures does not currently exist for the general public. As the technology advances, it is likely that both of these pitfalls will easily be overcome.

Some companies and individuals are already using heartbeat identification technology to protect their data and guard against identity theft by using a wristband with pulse sensors built by Nymi.

What do you think? Do you see more pros or cons in the development of identification using cardiac signatures?

This kind of “invisible danger” fascinates me, and you’ll find references along these lines in my mystery and thriller books. In my Hunt for Jack Reacher series, Jack Reacher himself is the invisible danger. FBI Special Agent Kim Otto struggles to track him down. Along the way, she’s very aware of the complex and developing surveillance systems that exist in the real world. Enemies can and do use various devices to watch and listen to even the most cautious.

To keep up with my books that follow the Hunt for Jack Reacher and the technological dangers that accompany the search, CLICK HERE.

Are You Ready To Stock Up On Summer Reads?
Crime and Criminals in San Diego Pt. 1