109 years ago today, for the first time ever, fingerprint evidence was used in a high-profile murder case. A pair of shopkeepers in London — Thomas and Ann Farrow — were found beaten to death. Scotland Yard detected the motive to be robbery. By examining the Farrows’ cash box, they were able to pick out a fingerprint that didn’t match that of the victims. It was that fingerprint that led them down the path to identify the killer as Alfred Stratton. Stratton would go on to be tried, convicted, and hanged.

Of course, the value of fingerprints was known well before the 20th century. In 1686, a professor of anatomy at the University of Bologna recorded observations about fingerprint patterns. And in 1888, Sir Francis Galton determined that the odds of two fingerprints being the same were 1 in 64 billion. 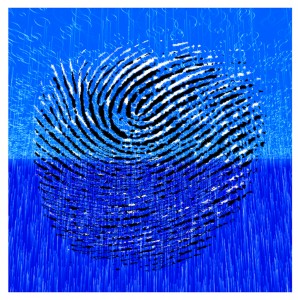 These days, fingerprinting is such a common tool used in investigations, that fingerprint residue alone can even serve as a clue. For example, in Get Back Jack, FBI Special Agent Kim Otto notices, “Fingerprint residue blackened the [speakerphone] buttons.” Otto is trying to figure out what exactly crime techs discovered about a murder.

And in Fatal Distraction, fingerprints on paper may help to determine whether a suicide note was written.

Here’s a look at the different types of fingerprints. Which fingerprint type would a crime scene tech assign to you? The loop pattern is said to be the most common. 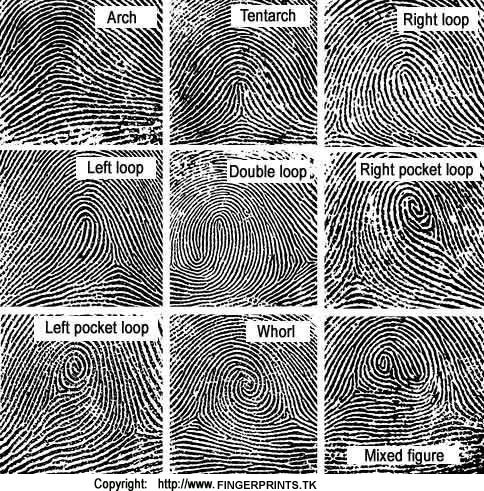 There’s even a website out there that purports to match fingerprint types to personalities! Here’s the website if you’d like to have some fun with that: http://dermatoglyphics.org/11-basic-patterns-of-fingerprint/

So tell me, my fellow sleuths: What do your fingerprints reveal about you?

More Stratotankers Coming To MacDill
Saturday Special: Change Is In The Air

One Response to Revealing Fingerprints