Have you experienced the rich culture of San Diego? In Jack of Spades, Agent Otto is too busy tracking down Jack Reacher to take in the city’s many attractions but if she had free time she would enjoy San Diego’s many beaches and other amenities.

Of course, as a thriller author I’m always looking at the darker side of things. Fortunately for Otto, San Diego has a relatively low crime rate compared to most large cities. It’s estimated to be 34% safer than all cities in the country with a 15% lower crime rate than the national average.

Even so, Agent Otto knows from experience to never let her guard down. And rightfully, so.

San Diego has been home to its fair share of dark mysteries, cold cases, and even serial killers. While it’s not unexpected to find crime in a large city, sometimes these crimes can happen in unsuspecting places to unsuspecting people. Such was the case for 24-year-old Joseph William Bonno IV. who was shot in the parking lot at his apartment complex in 1992. 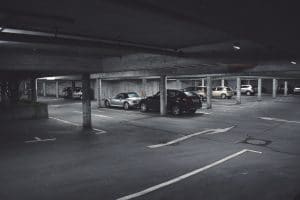 Bonno was believed to be checking on his car after taking out the trash at the time of his murder. Despite witnesses reporting to have seen a male in his late teens with black spiked hair driving a coupe around the time of the shooting, no suspects have ever been found and the case remains open.

In 2016, San Diego residents were again fearing a killer on the loose after a streak of attacks against homeless people in 2016 that led police on a hunt for ‘San Diego’s Homeless Killer.’ Over six months Jon David Guerrero brutally attacked a dozen homeless people, several of whom died. Guerrero was arrested on July 15, 2016, and is currently awaiting trial for multiple murder and assault charges. 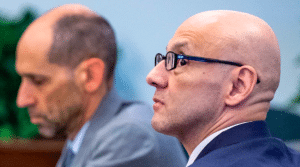 San Diego was also temporarily home to former U.S. Marine Andrew Urdiales who has been dubbed The Golden State Killer. Urdiales was convicted of eight murders and other heinous crimes across California and Illinois. Between 1986 – 1995, it’s said that he committed five murders in Southern California, one of which took place in San Diego.

Although the Golden State Killer and San Diego’s Homeless killer have both been arrested, many perpetrators such as Joseph William Bonno IV’s murderer are still on the loose. Possibly still roaming the streets of San Diego.

Although San Diego is still considered safe overall, tourists should follow Agent Otto’s lead. Be alert and take precautions. Always have a Plan B.

How does all of this relate to Jack of Spades? You don’t want me to spoil the story for you, right?

IS SOMEONE LISTENING TO YOUR HEARBEAT?
Crime and criminals in San Diego Pt. 2