Are you a fan of craft beer? Although I’m more of a red wine drinker, I also enjoy beer. The craft beer craze is increasingly popular. A good craft beer captures the heart and soul of a place. The U.S. now has more craft breweries than ever before. We are currently at about 7,450 breweries as of the end of 2018, according to the Brewers Association.

Like many of the major cities in the US, San Diego has become a hotbed for craft breweries of every size and variety. The city is brimming with over two hundred brewhouses. In 2017, 14 of the local breweries won medals at the Great American Beer Festival and another seven were nominated by RateBeer for being in the top 100 best breweries on the globe. 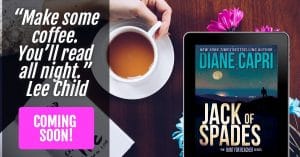 In Jack of Spades, Agent Otto is too busy tracking down Jack Reacher to check out San Diego’s many craft breweries, but if she had free time she would participate in a craft brew tasting tour.

Here are Agent Otto’s top picks if she could spend a day or two in San Diego.

Located on the north side of San Diego, the Oceanside, Bagby Beer Company is a bit out of the way of regular tourist stops, however, it’s well worth the visit! This brewery would be one of Otto’s top picks for its gorgeous views and extensive beer list. They offer over twenty-four of their own signature beers. Wow! Their website also boats their love of dogs and Tuesday trivia nights. What could be more fun? 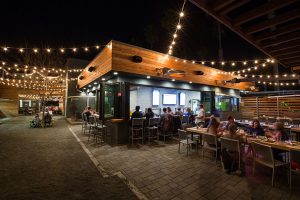 A little closer to downtown is the Eppig Brewing Waterfront Biergarten, another must-see. Situated right on the San Diego Bay, you can sip your beer on their deck while overlooking the boats docked on the shore. Eppig specializes in crafting a creative assortment of lagers, such as the Schwarzbier German Black Lager and the Japanese Style Dry Lager. 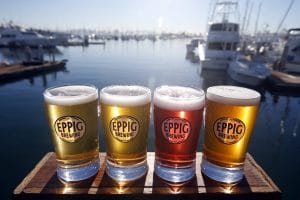 The AleSmith Brewing Company is a staple in San Diego’s craft brewery scene. This massive brewery covers 106,000 square feet and is the perfect venue for busy evenings as you will always find a table. The AleSmith provides guests with a variety of ways to entertain themselves while sipping on their famous brews. The facility offers a museum and a cozy loft to lounge in, as well as a special “hidden” tasting room that provides the perfect getaway for those like Agent Otto who prefer to keep a low profile.

The Amplified Ale Works adds a unique twist, with its rocking amplified electric guitar theme. The brewery is known for its rooftop beer garden that offers gorgeous views of the city. Keeping in theme, many of their beers are creative electric guitar names such as the Whammy bar Wheat.

Do you have any craft breweries near you? What’s your favorite beer? I’ll tell you mine…..but you first!

Are you going off the grid this summer? Part 2
Who Owns Your Vehicle?