The Hunt for Jack Reacher Series #11 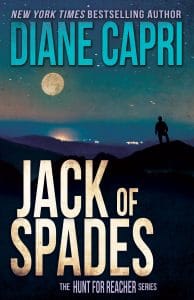 In Lee Child’s twenty-third Jack Reacher novel, Past Tense, Reacher found his roots and a heap of trouble in Laconia, New Hampshire. A young Canadian couple took the spoils at the end of the war. Now, the real owner will stop at nothing to get back what belongs to him.

Agent Otto bets on Reacher and puts her life on the line. But she’s been wrong about Reacher before.

“Full of thrills and tension, but smart and human, too. Kim Otto is a great, great character – I love her.” Lee Child

Buy the eBook or Paperback: Walmart