Who Owns Your Vehicle?

As I do with each of my books, while I was writing Jack of Spades I did a ton of research. I cant wait to hear what you think! 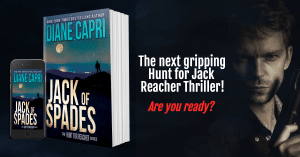 A while back I wrote about how modern criminals steal cars. Smashed windows and hot-wiring are a thing of the past. Now there are new threats on the scene.

Today I will look at yet another way criminals con vehicle-owners.

You’ve likely heard of a VIN – a Vehicle Identification Number used to identify vehicles, ATVs and dirtbikes. VINs were standardized in 1981 by the USA National Highway Traffic Safety Administration. All vehicles manufactured after this date are required to have a 17-character-long VIN number. This number consists of only digits and capitals, excluding the letters I, O and Q to prevent any confusion with the numerals 1 and 0.

Your vehicle’s VIN is similar to a person’s fingerprint. Embedded in the code sequence is information regarding its model, the manufacturer, and where it was built. Just as thieves steal your identity, they can also steal VIN numbers. 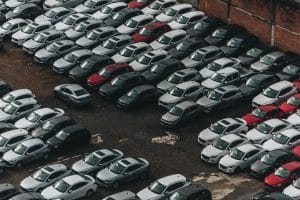 These criminals will often prowl parking lots, searching for a vehicle that matches the description of the one they’ve stolen and copy the VIN number from the dashboard. Although mechanics often spot when VINs have been tampered with, an experienced criminal may be able to switch VIN without anyone noticing. As a result, this crime often goes undiscovered until a crime-ring investigation happens or two vehicles with identical VIN numbers are found.

Although many people who purchase stolen vehicles are unaware of their vehicle’s back story, they can pay a hefty price for this mistake. This was the case when a family in Southern California in 2015 was forced to buy back the 2003 Chevrolet Trailblazer they had given their son after it was seized by authorities and auctioned off by their insurance company.

Not everyone is so lucky though. Guiseppe “Joe” Pirrone lost $27,000 in 2009 after the F350 Super Duty turbo diesel truck he purchased using a loan was taken by authorities. The truck had been part of a 25 million dollar ‘car cloning’ ring that was believed to have existed for more than two decades during which more than 1,000 vehicles were stolen in the Florida area. 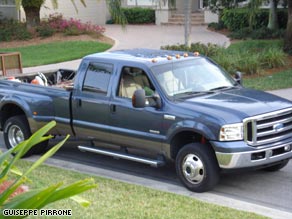 How to protect yourself

If so, you might enjoy my latest thriller, JACK OF SPADES. Learn more about it HERE.

THE BEST CRAFT BEER BREWERY IN SAN DIEGO
Who is Jake Reacher?