Is someone spying on you? Part 2

As you know, I write a series of novels about FBI Special Agent Kim L. Otto working off the books to find Jack Reacher.

Although Agent Kim Otto is off the books, she is never unwatched. The efforts she makes to both avoid and use the constant surveillance threats are some of my reader favorites.

Now, with the advent of smart devices and smart homes, the number of ways for hackers — or government officials — to drop in for a listen or a peek are countless. 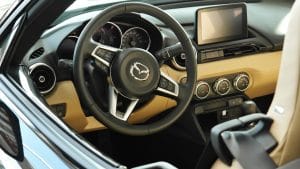 Last week I wrote about how you might be spied on without knowing it while you are in your car. Forbes reports that GM’s OnStar program has the ability to listen in on conversations within the car — although a GM spokesperson says it never does that unless ordered to do by a court.

According to court documents, ‘cartapping’ has been used to find criminals and solve cases in court for the past fifteen years. There are many ways you could be spied on while driving even if your vehicle does not have OnStar or a black box.

If you have a newer car with an Infotainment system or a GPS navigational tool, information about your location or activities may be accessed by authorities or hacked by criminals.

If you use smart devices such as the Amazon Echo or Apple’s Siri inside your car, remember that it is actively collecting and storing information that can be tracked and accessed. In 2016 law enforcement made a controversial decision to use audio from a suspect’s Amazon Echo while working on a murder case in Arkansas. 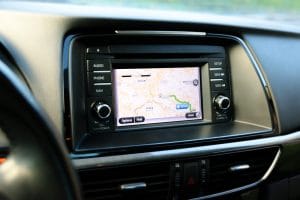 If you used a transponder such as FasTrack to pay for tolls, your driving habits may be informing traffic studies or other research without you knowing it.

When purchasing some electric cars such as the Chevrolet Volt, car owners are asked to sign an agreement that allows GM to tap their cars for information. Although the information is gathered anonymously, in a hacker’s hands this tech could be damning. Nissan also allows customers owning electric Leaf cars to monitor their vehicles from their smartphones which creates another opportunity for data to be collected. While owners must give permission to allow automakers access to personal data about their vehicles’ performance and driving habits, hackers are not so trustworthy and could be lurking anywhere.

In many cases, people willingly give up privacy in their cars when it benefits them. For example, Progressive Insurance rewards their policyholders who agree to use a device that plugs into the dashboard to record data from the car’s computer.

What say you? Is the convenience and safety that these monitoring devices provide worth a potential privacy breach? 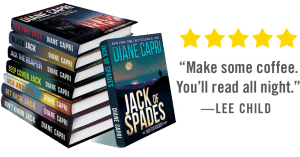 This kind of “invisible danger” fascinates me, and you’ll find references along these lines in my mystery and thriller books. In my Hunt for Jack Reacher series, Jack Reacher himself is the invisible danger that FBI Special Agent Kim Otto struggles to track down.

To keep up with my books that follow Agent Otto and the technological dangers that accompany her search for Jack Reacher, CLICK HERE. Buy JACK OF SPADES HERE.

Is someone spying on you? Part 1
Are you going off the grid this summer? Part 1