Do you know what’s in your car? Part 1

Did you know that your car is recording its every move? Probably not.

In the 10th Willa Carson Mystery, NIGHT JUSTICE, Willa winds up in a dire situation after a serious car accident. With evidence mounting against her, the police pull her car’s black box to get data from it about the wreck.

Like many of my plots, this one could be true.

The term ‘black box’ sounds ominous. But how much of a threat to your privacy does it really pose?

To answer that question we’ll have to take a quick look at the history of these devices. 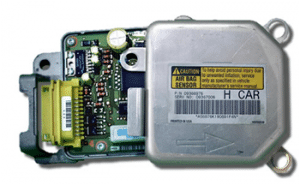 Black boxes were created in 1994 by automobile manufacturers who wanted to learn how well their vehicles performed in crashes. The technical term for the device is an ‘event data recorder’. The early designs mainly tracked whether airbags had been deployed properly. Today these devices can record many factors including vehicle speed, steering position and whether seat belts were worn.

The amount of time that black boxes can capture during a crash has also evolved from several seconds to several minutes for highly advanced models, though most devices only record about twenty seconds. While black boxes do not record video or audio, some privacy advocates fear that this may eventually happen. 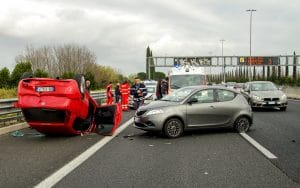 Despite privacy concerns, black boxes provide invaluable information when piecing together what happened in a crash. This is particularly important in vehicular homicide cases where reckless driving or negligence may be to blame.

Accessing the data in your black box is not something just anyone can do. Although legislation varies from state to state, in general this data is only accessible with the owner’s permission or with court orders.

The data retrieval process requires expensive equipment that can cost thousands of dollars. Those who typically access this information are law enforcement, insurance companies, and law firms. For most people, having their data stolen by hackers is very unlikely. Unless of course, they have dangerous enemies. 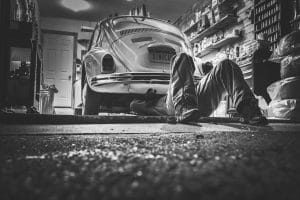 The information held in this black box could be damaging in the wrong hands. Although black boxes cannot be disabled, devices can be purchased which block the diagnostic port so that information cannot be retrieved or tampered with.

It’s important to note that some older vehicles may not have a black box. Any vehicle built as of September 2014 is required to have one. If you’re not sure if your vehicle has one, you can find out here.

What say you? Do you think black boxes are a necessity for public safety? Or are they an invasion of privacy?

Check out these articles if you’d like to learn about more ways that your privacy may be being violated.

To keep up with my books that follow Judge Willa Carson and the technological dangers that accompany her search for justice, CLICK HERE. Buy Night Justice HERE.