WHAT HAPPENED TO TARA CALICO?

If you’ve read any of my Jess Kimball books you’ll know that missing persons is a subject that pervades the series. Jess Kimball won’t rest until she’s found her son, who was kidnapped as an infant. Her job as an investigative journalist for Taboo Magazine keeps her fighting along the way for victims’ rights. 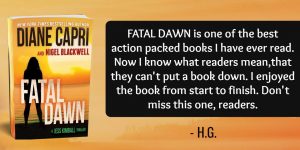 Do you know about Tara Calico? Her case is one that has kept authorities baffled for years.

Tara disappeared in Belen, New Mexico in 1988 at age 19. She was last seen riding her bike down her usual route on New Mexico State Road 47 just miles from her home. Several motorists reported seeing her riding down the road listening to her walkman. A few people saw a pick-up truck following close behind Tara. When Tara failed to come home around noon, her mother Patty Doel became worried. She searched Tara’s bike route and found nothing, after which she contacted authorities. 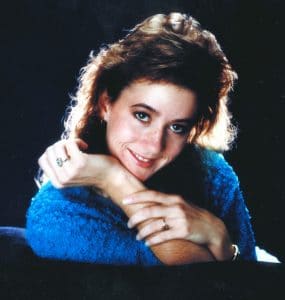 Patty had previously accompanied Tara on this bike route several times but had become afraid that they were being stalked by an unknown motorist. Tara did not heed her mother’s concerns and continued to bike this same route frequently.

Despite Patty’s fears that Tara may have been abducted, police were not able to locate her bike or any witnesses. They did, however, find pieces of Tara’s Walkman, as well as a cassette tape. Patty believed her daughter had purposefully left behind these items as clues. 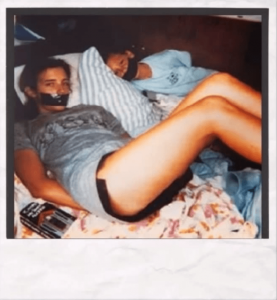 A disturbing twist in the case came in June of 1989 when a Polaroid photo of a young woman resembling Tara and a young boy who had also gone missing in New Mexico was discovered in a Florida parking lot. Both were bound and gagged. Patty was convinced that the girl in the picture was her daughter, claiming that the girl had a scar on her leg identical to Tara’s.

Over the years more photographs picturing a female bound and gagged were found. Although it’s suspected that Tara is the female in these photos, it’s impossible to know this for certain.

In 2008, Sheriff Rena Rivera claimed that two teenagers had been following Tara on her bike, resulting in an accident where the teens panicked, killed Tara and then hid her body to hide the evidence. Rivera said that he could not make an arrest. 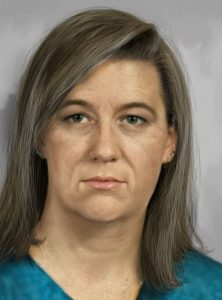 Neither the mysterious photographs nor the claims from Sheriff Rivera have brought the case closer to being solved. Although Tara has been missing for over thirty years, the FBI hopes that this photo of what Tara is believed to look like now will give them new leads.

Here’s hoping that authorities, along with the help of an alert community, can bring answers to Tara’s family.

Jess Kimball pursues legal justice for victims while continuing the search for her kidnapped son, Peter.

Check out the Jess Kimball thrillers, including my newest release, Fatal Dawn.

ARE YOU A MISSING PERSON?
THESE APPS COULD SAVE LIVES