That’s the outcome Jess Kimball is counting on because her son was kidnapped as an infant. 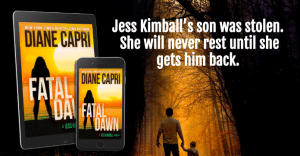 According to Parents.com, a child goes missing every forty seconds in the US. That’s shocking, right? A 2017 report by the Bureau’s National Crime Information Center stated that were over 32,000 missing person cases involving children.

Fortunately, law enforcement made some great strides forward to locate missing children last year. On September 26th, 123 hundred missing youth were located in a mass search conducted by U.S. Marshals Service and local Police. Although the search itself took place over a period of 24 hours, months of research occurred beforehand where authorities combed through 301 missing case files.

The operation dubbed Operation MISafeKid took place in Wayne County, Michigan. The mission was to find children who had been reported missing and to identify whether they had been victims of sex trafficking. Many of the children were runaways who were living with friends or relatives and had since been found. The cases were still open as the relatives or guardians had failed to report to authorities when the children were eventually located. 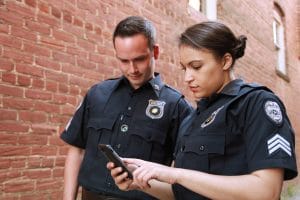 In a similar mass-search operation in nearby Genesee County, 51 of 76 children reported missing were also located. Several of the children were believed to be victims of human trafficking.

In 2016, 90 percent of the missing children cases that the National Center for Missing and Exploited Children handled were runaways. Many of these cases are the result of children being lured into trouble by technology. Facebook, Instagram, SnapChat and other social media platforms are increasingly becoming a human trafficking hotbed for vulnerable youth. Predators specifically seek out children who are struggling or prone to running away.

Social media provides an easy portal for these predators to access children. Predators often gain trust online by creating fake profiles and then befriending entire groups in specific school or social circles. Once a relationship is established, they can begin manipulating the children into participating in illicit activities through coercion, threats or money offers. It’s estimated that over forty percent of people who are trafficked online never meet their trafficker face to face. In some instances, children are trafficked while living at home, unbeknown to parents or guardians. 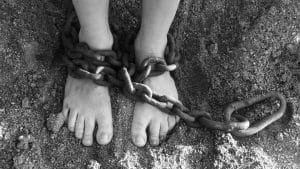 Of course, it’s impossible that Jess Kimball’s missing son Peter was a runaway, but it’s not impossible that social media and other internet technology played a role in his kidnapping. What’s even more likely is that it could play a role in finding him.

Florida’s Hidden Treasures – Part 3
ARE YOU A MISSING PERSON?