As a mystery writer, I try to peer into the strange and mysterious side of Florida, which is part of the intrigue! 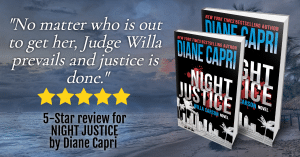 Last week we looked into the Coral Castle, an engineering marvel that some have dubbed as one of Florida’s great mysteries. This week we’ll be exploring yet another of Florida’s many hidden treasures — but this time with a darker twist.

The Everglades are Florida’s tropical wetlands that sprawl over several thousand miles. Home to a wide variety of wildlife, from various birds to crocodiles and snakes, the Everglades pose just as much danger as they do beauty. 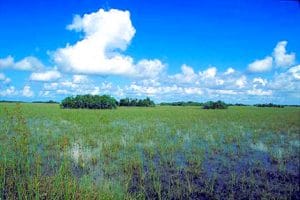 The Everglades have earned a sinister reputation due to a myriad of unsolved murders, vanishings, and other mysterious happenings. Its believed that a series of serial killers may have inhabited these swampy marshes.

To date, there are still over 175 unsolved homicides that have occurred in the Everglades since 1965. Most of these crimes have taken place in Collier County, which covers 2,025 square miles of sparsely inhabited swampland.

Over 400 missing people are reported each year in the County. Several of the area’s vanishings have become high profile missing person’s cases.

The Jeanette Smith case is one of the many shocking discoveries made in Collier County.

In 1999, Orlando Maytin and his son were out fishing in Alligator Alley when they accidentally found the remains of a missing woman whose body has been stuffed in a cardboard box and dumped in the Everglades. 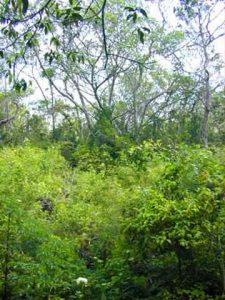 The Everglade’s thick swamps and tall sawgrass makes it an ideal location to cover up tracks and hide evidence. The County is home to many transients who pass through the area, making it even more challenging to solve these cases.

In addition to these unfortunate circumstances, the Everglades is also home to a “Lost City”. About 8 miles south of Alligator Alley is a remote three-acre site that is an abandoned Seminole village. It has been rumored that the legendary gangster Al Capone used the abandoned city to host his bootlegging operation.

What say you? Would you visit Florida’s Everglades? If you do – watch your back! You never know who or what may be following you…

Want to learn more about Florida? Start reading NIGHT JUSTICE now and you’ll be glued to the page! Buy your copy HERE.