Crime in Paradise is a frequent theme in my thrillers. I’ve written numerous books set in the Sunshine State, partly because I live in Florida and know it well. Another reason is because statistics show that Florida’s weather may influence crime rates and the types of crime found in the state. When we think of all those lovely Florida winters, we don’t usually consider the crime rates, right? 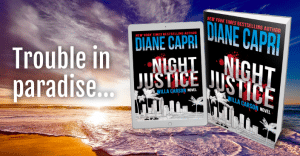 According to The New York Times, there are two big weather factors that lead to more violence: exceptionally high temperatures, and extreme amounts of rainfall. Ding, ding, ding! That weather has “Florida” written all over it.

Recent research conducted by the Ohio State University, suggests that it’s not just high temperatures that correlate with more crime, but also less variation in seasonal temperatures. While they agree that hot weather makes people more irritable, leading to aggressive behavior they also suggest that climates that are warm year-round are less concerned with future problems as they spend less time worrying about or preparing for weather changes. As a result, people in warmer climates may be more likely to act spontaneously and exhibit less self-control, which may correlate with more crime. 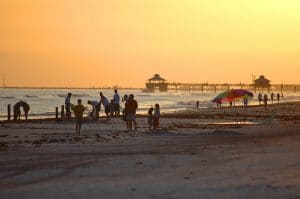 But is the opposite true?

Could those of us who aren’t able to escape the frigid winter temperature actually be safer? After all, who wants to commit a crime if you have to bundle up for frigid temperatures to do it.

A cold snap in 2015 seemed to suggest that this hypothesis was true when New York City had twelve days without a homicide during a spell of record-breaking cold temperatures. This was the City’s longest period without a homicide since 1994. Similarly, major crime rates in Boston dropped significantly in 2015 following a massive snowfall that brought over 6-feet of snow.

An economist named Matthew Ranson found that crime generally decreases when the temperature drops below 50 degrees Fahrenheit. However, this is not true of all crimes. While cold weather tends to limit opportunities for spontaneous crimes and on-street drug sales outdoors, the weather does not appear to prevent premeditated crimes. To complicate matters further, crime rates tend to spike during the holiday season in December and January. 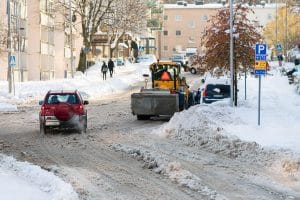 The link between cold weather and violent crimes is not as clear cut. Even in situations where crime decreases during a cold snap, there may be an increase in crime once the temperature rises. Thus, cold weather seems more likely to delay crime rather than to actually prevent criminals from engaging in illegal activities.

Where does your city rank in terms of crime rates? You can check here: http://www.neighborhoodscout.com/neighborhoods/crime-rates/

To keep up with my books that follow Judge Willa Carson and the dangers that accompany her search for justice, CLICK HERE. Buy Night Justice HERE.