The Baby In The Phone Booth

A few weeks ago we discussed the case of the Fronczak baby in relation to the unsettling trend of baby snatching. While 90% of these infants make it home to their parents unharmed, not all of these stories end happily.

Jess Kimball is familiar with the horrifying and often disappointing journey of searching for a missing child. Her son Peter was kidnapped as an infant when Jess was little more than a child herself. Now she channels her desire to find answers into her work as an investigative journalist for Taboo Magazine. She has to make a living. Working for victims’ rights helps her and others like her. And someday, her work may lead her to Peter. 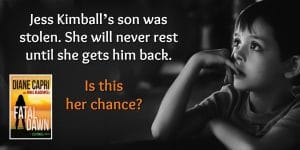 Another real-life story about a mystery baby that has enough twists and turns to make you think you’re reading a Jess Kimball Thriller. Truth is often stranger than fiction.

In 1954, a newborn in Ohio made headlines after he was discovered in a telephone booth by a bread delivery man. The baby had no birth certificate and there were no relatives to be found. There were also no recent reports of missing babies in the area. With little to go on, the police eventually assumed the boy was likely left in the phone booth by a passing motorist. But the question still remained: who could be so heartless to abandon a helpless infant? 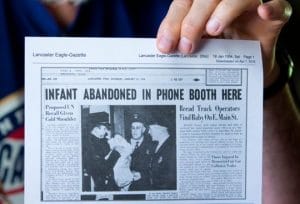 The baby was named Steve and placed with a foster family who eventually adopted him at the age of three. Steve grew up knowing he was adopted, although he never put much effort into unraveling more details of his mysterious beginnings until years later.

Prompted by his daughters, Steve eventually submitted a DNA test to Ancestry.com. He quickly learned that he was a genetic match with another person on the Ancestry website, who turned out to be his cousin. Steve’s cousin revealed a longtime family secret about a baby who had been left in a telephone booth. Through his cousin, Steve eventually connected with his half-sister. His sister had also heard the story of the baby in the telephone booth but wasn’t sure of its truth. Soon after his sister also took a DNA test to confirm that they were actually siblings. 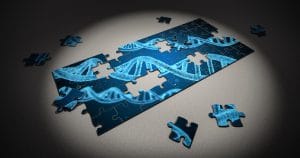 It was only then that the pieces of Steve’s past began to fit together. Steve’s sister contacted their mother, who revealed that Steve’s biological parents were not married at the time of his birth. His father convinced his mother that if they abandoned their newborn they could get married. Shortly after his birth Steve’s father took Steve and left him in a phone booth with a bottle. No one knows what became of his father, but his mother remarried and had two daughters.

At the time of this writing, Steve hasn’t met his mother in person, but he looks forward to meeting her and learning more about his past.

Will Jess Kimball’s tireless work lead to answers in the case of her missing child? Read FATAL DAWN to find out. But lock the doors first. The Jess Kimball Thrillers Series are nail biters!

The best thriller series you’re not reading — yet! (And a gift to get you started)
On the trail of TEN TWO JACK Part 1