By Diane on September 19, 2017 in Beyond The Covers, Blog, Heir Hunter, Michael Flint

There has been some controversy recently, claiming that ancestry.com doesn’t protect users’ privacy when they submit DNA samples. The complaints claim that the website keeps the DNA on file and will use it for various purposes — such as in answer to a subpoena or if there’s a warrant to search when authorities are investigating a crime.

The issue comes up in Trace Evidence, my thriller featuring Michael Flint, Heir Hunter, because the story involves a man who may or may not be the father of a young boy.

So, is it true that ancestry.com keeps clients’ DNA on file? According to Snopes, this much is true:

“Signing up for Ancestry.com’s DNA test requires that you license your DNA data to them, and this data could potentially be shared by them with third parties.”

Another important part is ancestry.com‘s footnote: They acknowledge there are potential inherent risks in transmitting data. As we know, whenever information is stored in a database, it is at risk because anything can be hacked. This caveat is detailed in the website’s informed consent agreement:

As a side note, a new study implies we shouldn’t be concerned with whether our name is attached the DNA anyway. Scientists argue that the DNA alone is enough to identify us.

“I’ve always said to people that your genome is more than all the other numbers in your life that identify you: Your credit card number, your date of birth, your address, your Social Security number.”
-J. Craig Venter, senior author of new genome study

In other words, having genome data puts your privacy at risk, even if your name is deleted from the information. 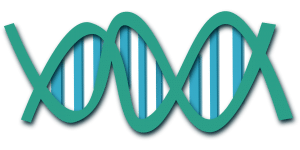 So, does all this mean that we should steer clear of ancestry.com and other such genealogy searching websites? Has ancestry.com done something wrong?

Of course, arguments can be made on all sides. But here are a few interesting items I find useful in writing my Michael Flint, Heir Hunter series.

So, you tell me what you think. Is ancestry.com invading our privacy? Should law enforcement be allowed access to the DNA stored in its system? Leave a comment below and let me know what you think.

5 #Superyacht Features That Will Make You Want To Live in Luxury
3 of My Upcoming Appearances (You’re Invited!)

One Response to Is ancestry.com an invasion of privacy?