By Diane on September 14, 2017 in Beyond The Covers, Blog, Heir Hunter, Michael Flint, Trace Evidence

There are yachts, and then there are superyachts. I had an opportunity to feature one in my Michael Flint Heir Hunter book Trace Evidence, and you better believe I chose to make it a superyacht! Complete with a helipad!

Most private yachts are between 23 and 46 feet. A superyacht, or megayacht, is generally between 79 and 164 feet. That provides a lot of space for designers and owners to get creative. Here are just some of cool features a superyacht can include to make itself really stand out from the crowd.

5 Superyacht Features That Will Make You Want To Own One

The internal dock is like a garage for the megayacht’s other boats. Whether it be jet skis or speedboats, yachts need a way to get these vehicles, and the people riding them, on and off the yacht smoothly. Enter something like this contraption: 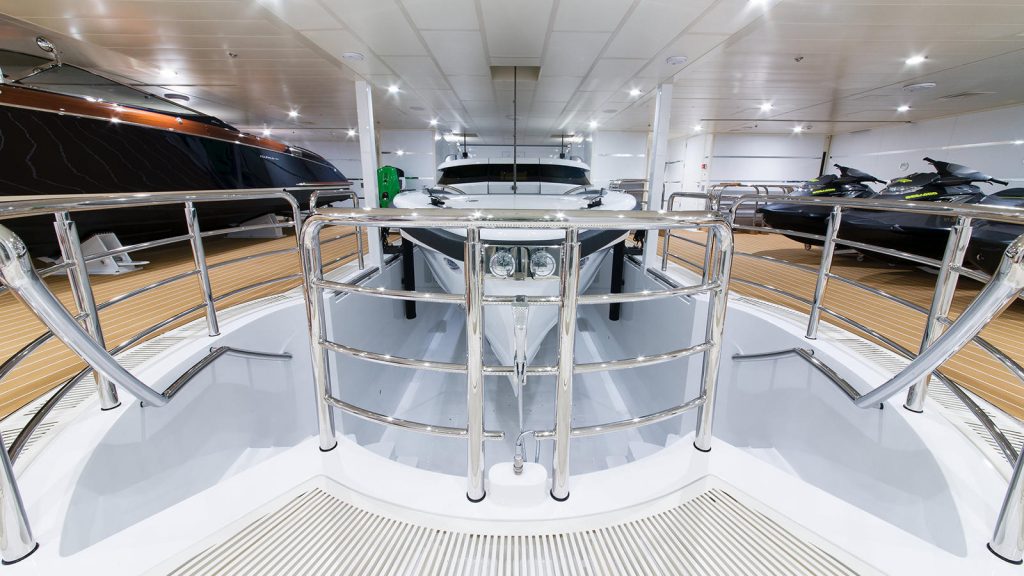 And when the smaller boats have been launched, sometimes the spaces can be filled up with water to become a swimming pool. 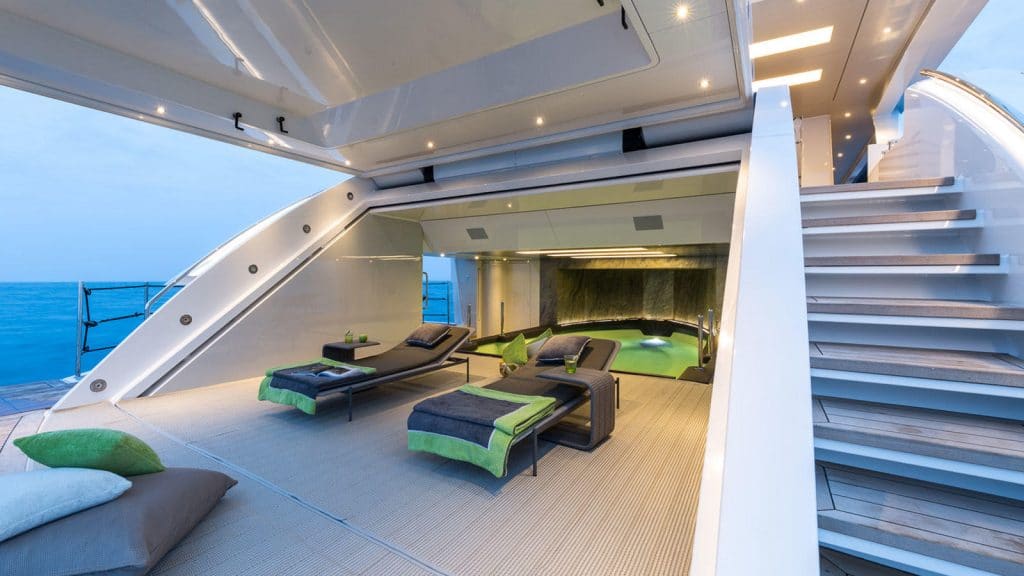 When the stars have come out and the superyacht glides through the water, how about taking in a movie outside? This is one of my favorite luxury yacht cinema setups: 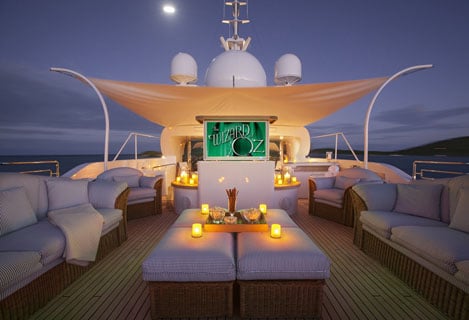 I imagine this would double as a fantastic reading spot!

This is a feature included in the superyacht in Trace Evidence. I was inspired by the Feadship Madame Gu, which even has a helicopter hanger and doubles as a squash court.

If you’ve read Blood Trails, the first Michael Flint Heir Hunter thriller, you know helicopters played a role in that book in a heart-pounding action scene.

If I ever go missing on a megayacht, check the library first 🙂 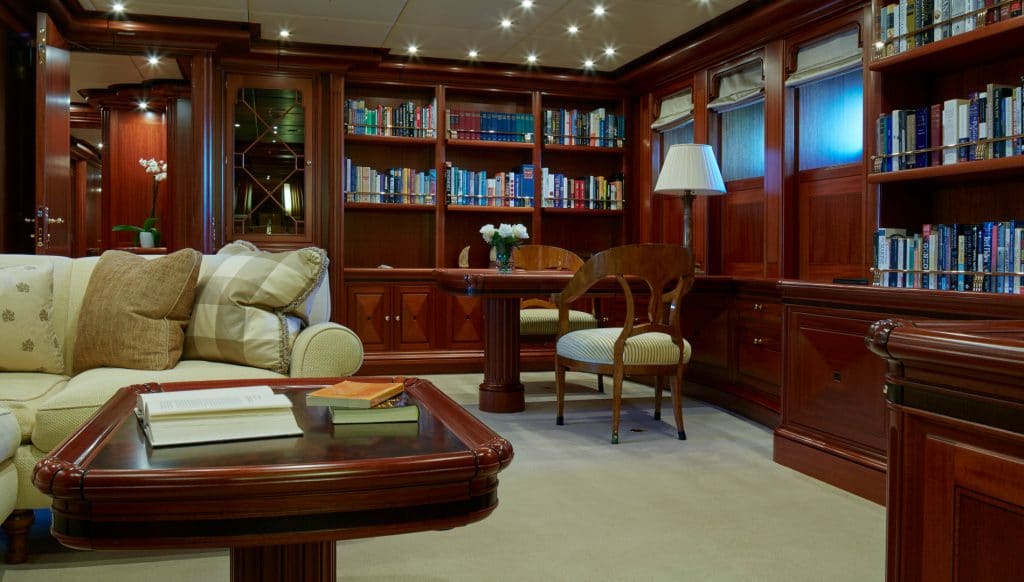 Check out this underwater glass observation pod on the 468′ Sailing Yacht A. 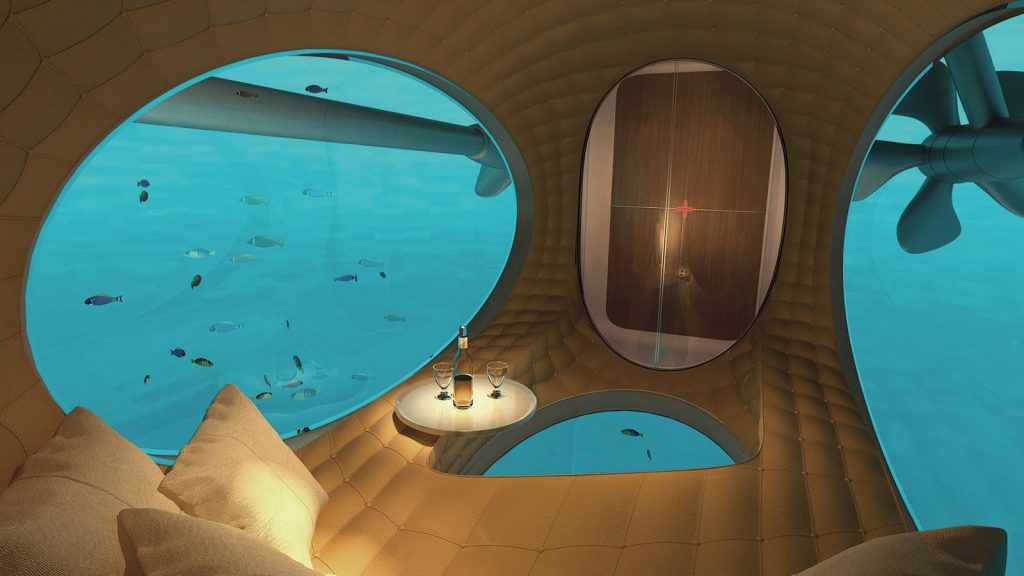 In order to test these windows at ten times the working pressure, the engineering crew sunk this assembly to the bottom of a nearly 400-foot deep hole. The windows, at nearly one foot thick, withstood the pressure and passed the test.

To find out why heir hunter Michael Flint’s job is so action-packed and dangerous, and why superyachts are a part of his story, check out TRACE EVIDENCE Here.

The #Book That Pairs Well With #Bacon
Is ancestry.com an invasion of privacy?