By Diane on September 3, 2015 in Blog, Hunt for Jack Reacher

When my editor told me that my new book, Jack and Joe, has a very Rashomon feel, it took me all of 0.225 seconds to decide that was a compliment. A Rashomon feel. That’s exactly what Lee Child and I were striving for when I set out to write this Hunt for Jack Reacher Series (with his blessing, of course!). 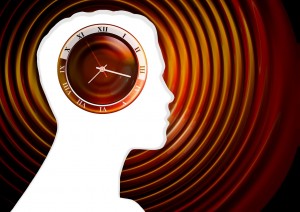 Do you know what the Rashomon effect is? I explained it with a handful of examples in a recent blog post. Basically, the Rashomon effect is experienced when we get multiple, often conflicting, accounts of the same event. The movie The Usual Suspects is a good example, but you probably hear it from friends and kids all the time. Remember that old saying that there are several versions to every story? Or, more succinctly put, “he said vs. she said.”

When it comes to Jack Reacher, a Rashomon effect is almost inevitable. The man is so elusive and strategic that he’s bound to be one step ahead of most everyone else around him. Which means he has one story — shown to us through his point of view through Lee Child’s masterful books — and all of Reacher’s cohorts and enemies are a couple pages or more behind him.

My Hunt for Jack Reacher Series follows FBI Special Agents Kim Otto and Carlos Gaspar as they follow Reacher’s past in search of information about him because he’s wanted for a special assignment only Reacher is qualified to do. Is he fit enough, mentally, physically, emotionally, financially, and every way? Can we rely on Reacher — or not — to do the job?

In Jack and Joe, one of Otto’s interview subjects tells her,

“He was only posted here a few days. In that short time he managed to piss off just about everybody he came in contact with.”

So what’s the truth? Who is this Jack Reacher guy and why does no one want to talk about him? In Jack and Joe, Otto and Gaspar find a willing witness to talk about Jack’s brother, Joe Reacher. Surely, Joe’s history will give them something to work with, because DNA is Destiny.