FBI Agents Otto & Gaspar Are On The Hunt for Jack Reacher

By Diane on September 1, 2015 in Blog, Giveaway / Contest, Hunt for Jack Reacher

When FBI Agents Kim Otto and Carlos Gaspar are sent to Fort Bird, North Carolina on the Hunt for Jack Reacher, powerful enemies with their backs against the wall will stop at nothing to keep the secrets Reacher left behind. 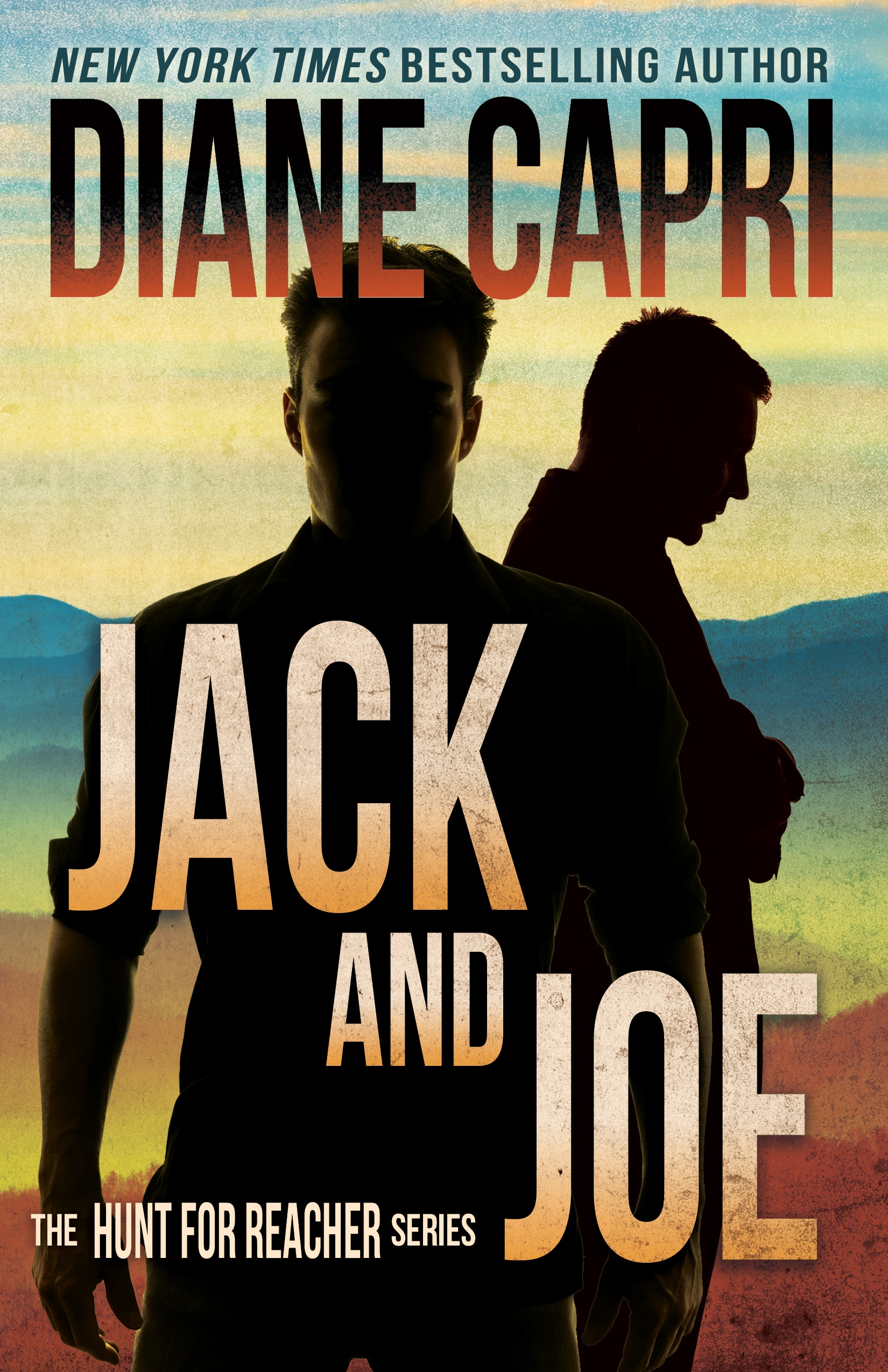 Jack and Joe, the new release in my
Hunt for Jack Reacher Thriller Series,
is available now!

Jack and Joe picks up where Lee Child’s The Enemy leaves off. Jack and Joe is now available from all major retailers, in ebook and in paperback. Here are the links you’ll need:

“My favorite book in the Hunt for Jack Reacher series so far.”

“Once again Diane has me beginning to experience withdrawal symptoms. I’m addicted to her series ‘Hunt for Jack Reacher.'”

“In this latest adventure of the continuing saga of FBI agents Otto and Gaspar, they continue to search for Jack Reacher in an attempt to vet him for a classified assignment for the FBI. They continue to get ensnarled with murder, mystery and mayhem related to their target.”

“The excellent story line keeps you moving right along.”

“Readers will stay up all night to learn how FBI Agents Otto and Gaspar unravel the convoluted events in this fast-paced exciting thriller.”

We’re celebrating the debut of Jack and Joe with A Giveaway! 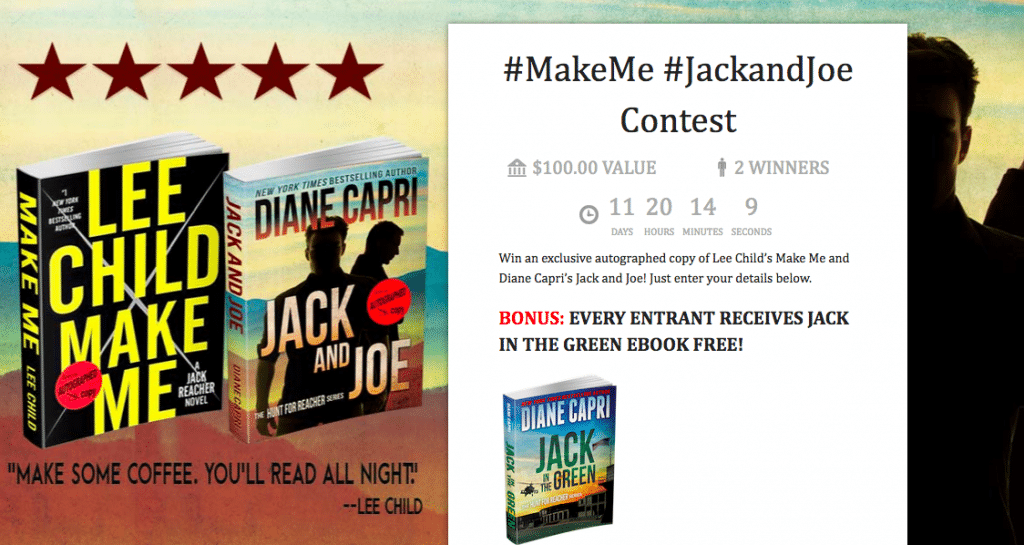 Enter the contest (and share it with your friends!) HERE.