How Will You Celebrate The Mid-Autumn Festival?

By Diane on September 24, 2015 in Beyond The Covers, Blog, Hunt for Jack Reacher

In Vietnam, the Mid-Autumn Festival (which is celebrated in many places around the world, especially Vietnam, China, and Taiwan), is often called the Children’s Festival.

It’s the second most important holiday tradition for the Vietnamese, and it’s coming up. This year it’s Sunday, September 27th, 2015. 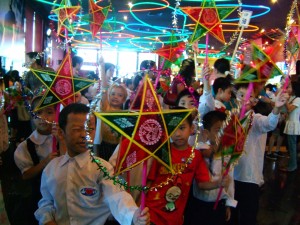 The date of the Mid-Autumn Festival changes from year-to-year to coincide with a full moon. It celebrates family and friends, involves giving thanks for the harvest, and includes praying especially for concepts involving family life and longevity. Americans might think of it like being a combination of Halloween and Thanksgiving.

As you know, FBI Special Agent Kim Otto’s mother is a Vietnamese war bride. Her father served in the U.S. Army in Viet Nam. Jack Reacher even spent a year in Viet Nam. So I think it’s important — and fun! — to understand other cultures and decipher what we can learn from them.

What are you celebrating this weekend? Family? Friends? Health? The end of a safe summer? If not a harvest, maybe you’re giving thanks for some slightly cooler weather.

In Vietnam, they celebrate the Mid-Autumn Festival with a big party in the streets. There’s a special emphasis on children because of a belief that children have the closest connection to the sacred and natural world because they are innocent. Children don masks and costumes, dance in the night parade, and enjoy special treats including mooncakes. 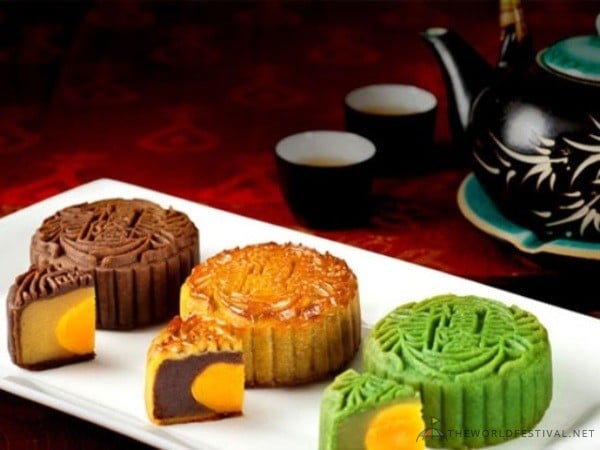 Mooncakes are shared amongst families as a symbol of family unity. Some are filled with sugar and meat or eggs. Others are filled with beans, and the cakes are usually in the shape of a flower or animal.

Vietnamese celebrating the Children’s Festival may also burn incense and perform lion dances. Not familiar with a lion dance? It’s performed by both professional and non-professional groups, especially made up of children. They may perform it in the street, or they may go door-to-door asking for permission to dance. If accepted, the group, which represents “the lion,” dances as a wish of good luck.

What are you dancing for luck with this season? If you’ve read Jack and Joe, you know Kim Otto visits The Lucky Bar, which doesn’t exactly prove to be so lucky. Let’s hope she makes it to the Mid-Autumn Festival this year and gets to witness a lion dance!

The woman has some serious brains, but a huge dose of luck wouldn’t hurt when it comes to the Hunt for Jack Reacher…

One Response to How Will You Celebrate The Mid-Autumn Festival?