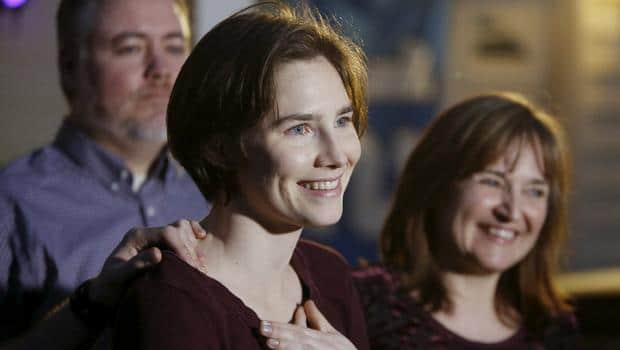 Like many of you, I’ve been interested in this case for several years. I’ve spent many years practicing law and I write legal thrillers, but creating a plot with as many twists and turns as the Amanda Knox case would have been a challenge. In fact, if I had written this story, many of my readers would have said this plot was unrealistic. It does feel like an episode of “believe it or not,” doesn’t it?

This timeline of major events in the case since 2007 will give you an idea of how convoluted the situation was:

We talked about this case before when I summed up some of the important details, including the evidence against her, in this blog post.

In 2014, when Amanda Knox was convicted for the second time, she stated publicly that she would refuse to return to Italy. Which might have led to an extradition battle between the U.S. and Italy.

The court’s full written report, including the reasoning for last week’s decision, will be released in about three months.

Many people see this case as a loss for the Italian justice system. Some have criticized the way evidence was handled, as well as the multiple appeals and rulings.

If the case were being tried in the U.S., Knox might not have been subjected to a second trial because of double jeopardy.

What do you think? Did the judicial process in Italy work? Should Knox have been subjected to a second trial? Should she have even been arrested in the first place?

If you were writing a novel based on this case, how would you imagine the ending?

3 Responses to Amanda Knox is cleared