Won’t You Join Me Next Year at ThrillerFest 2015?

It’s hard to believe another ThrillerFest has come and gone. Even harder to believe this one was the ninth ThrillerFest and ITW’s 10th anniversary. ITW did not exist until late 2004. So much growth since then! Where does the time go? 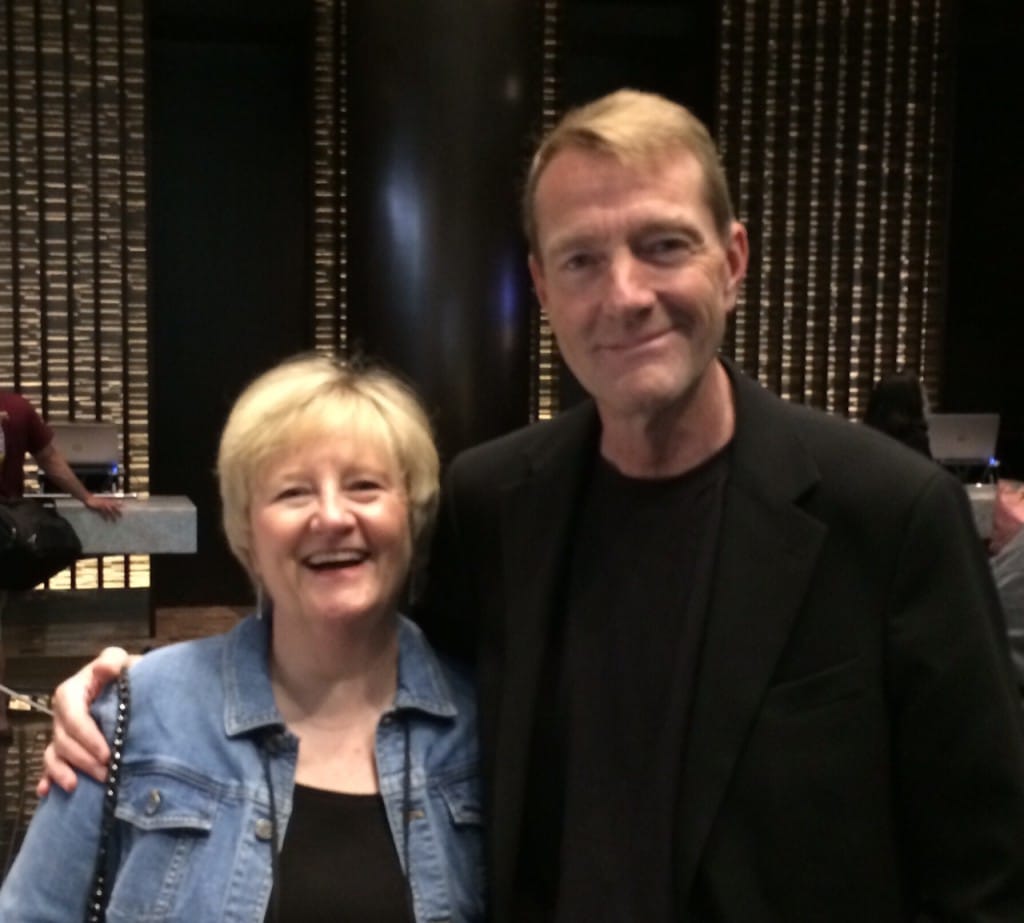 I was lucky enough to be invited to get involved with International Thriller Writers (ITW) from the outset. I served the organization as Vice President of National Events and also Executive Vice President from 2005 – 2009. It was an exhilarating (and exhausting) experience for which I am profoundly grateful. ITW and its members and sponsors and supporters are nothing short of amazing.

The Early Years were a whirlwind of activity. I’m reminded of them every time I pass this lovely memento proudly displayed in my home. 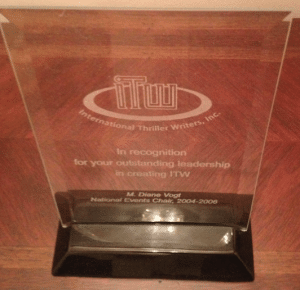 The first major ITW Event was our cocktail party at the Algonquin during BEA 2005. We presented our first ITW branded panels at Bouchercon 2005. We returned to BEA 2006 to introduce ITW’s first publication, our anthology titled simply Thriller. We capped off 2006 with the first ever ThrillerFest at the Biltmore in Phoenix. ITW and ThrillerFest has continued to grow in membership, influence and participation at a breakneck pace and is going strong.

ITW exists to support the thriller genre, and the writers and readers who love thrillers. I am proud to be associated with ITW and grateful for the many friends and opportunities my participation has blessed me with. Many of those friends are members of The Twelve and are now involved in our revolutionary Flight 12 project. (Are you on board Flight 12?)

Although I’ve been a thriller fan for years, without ITW, I’d never have become friends with so many of my favorite writers and met so many new authors who quickly became favorites. Yes, that definitely includes Lee Child. And James Rollins, Grant Blackwood, CJ Lyons, Douglas Preston, Joe Finder, and many more.  ITW changed the course of my life in too many positive ways to account.

For example, it allowed me to meet the creator of Rambo, and HAVE HIM SERENADE ME!
Need video proof? Here you go:

Next year will be the 10th anniversary of ThrillerFest. ThrillerFest is always held the second week in July and at the Grand Hyatt Hotel in New York City. So please mark your calendars now and make a plan to meet me there. I’m so looking forward to seeing you all!

4 Responses to Won’t You Join Me Next Year at ThrillerFest 2015?