You have a better chance of being killed by a hippo than dying in a plane crash.

You can read my post on the first 6 Reasons Air Travel is Incredibly Safe, Part 1, HERE.

Today I have for you 6 MORE reasons why real flying aboard planes other than Flight 12  should not be a scary-kind-of-thrilling.

1. Emphasis on Collaboration
There used to be a sense of hierarchy in the cockpit. The captain was king, and everyone else was supposed to follow his or her orders. It’s not like that today. Everyone works together, from the cabin crew, to meteorologists, to the FAA and people on the ground.
Source: http://www.nytimes.com/2013/07/21/travel/a-pilots-views-on-flight-safety.html?_r=0 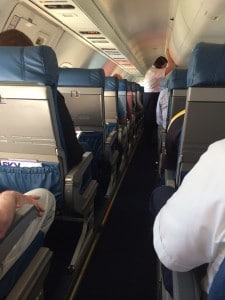 2. Most planes can land in zero visibility.
This is reassuring, right? It’s thanks again to those wonderful advancements in technology, specifically, an electronic gliding scope and advanced landing equipment.

3. Lightning? No problem.
According to Boeing studies, airliners are struck by lightning twice per year on average. There’s a reason you never hear about that — it’s because the planes can handle it.

5. Aircraft are subject to intense scrutiny.
In fact, a commercial airliner is monitored and investigated so rigorously that the typical American aircraft will be completely overhauled every 4 or 5 years.
Source: http://www.gogetterjetsetter.com/how-safe-is-flying.php 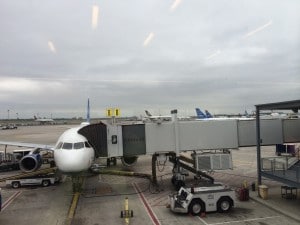 Now that you know how safe planes are, what do you think is in store for Flight 12, headed to Rome???

Won’t You Join Me Next Year at ThrillerFest 2015?
Saturday Special: Time To Rest and Read