When Life Hands You Lemons (Part 1)

When Life Hands You Lemons, Make Martinis — With a Twist!*

Always an insatiable reader with a keen interest in crime fiction, particularly mystery and suspense, I spent the travel years on airplanes and in hotel rooms. I put the time to good use by learning fiction craft when not practicing law, but friends pointed out that my fiction files contained only desire and incomplete projects. Too true. Grisham and Turow and many other lawyers hit the fiction world long before me.

But in 1995, one shocking phone call destroyed my thriving law practice. My largest client was overwhelmed by product liability lawsuits and filed for bankruptcy protection, blasting a gaping hole in my by-the-book life and leaving me with an uncollectable debt besides. 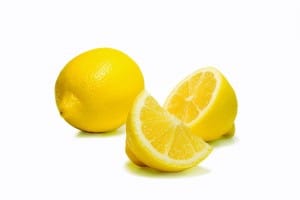 Pelted by these lemons, gin martinis were a viable option. But I don’t like gin. I’ve been called a Pollyanna and perhaps that’s true, because I was sure I could find a better answer. Like what? Well, I loved that creation story about the famous author who got fired at age 40 and became Lee Child.

Of course, I hadn’t heard that story in 1995 and he wasn’t famous then.

I had heard the one from the medical clerk who wrote “A is for Alibi” to kill off her ex-husband and become Sue Grafton. I didn’t have an ex-husband, but more than a few folks had recently made my list of jerks the world could do without. Hmmm…..

I’d been through Travis McGee’s adventures a dozen times, never tiring of exploits that traveled along smoothly on Boodles Gin. I’d moved to Florida and adored everything about the Sunshine State. The hours to write what I loved instead of what paid the bills now stretched endlessly ahead and I figured it was now or never.

So sure, Pollyanna, why not?

You’re thinking I acquired a taste for gin martinis, killed off the bad guys, finished the book, and lived happily ever after? Um, not exactly.

After a series of false starts, I challenged myself to finish Due Justice in the style of stories I loved to read, put my head down and went to work.

Due Justice and the three books that followed are suspenseful Florida mysteries set in the legal world. Rather than a strapping, muscular boat-bum like McGee, my hero is Federal Judge Wilhelmina Carson, a strong woman who drinks Bombay Sapphire Gin and delivers true justice with a twist and a splash of humor. The Willa books quickly found a publisher, an audience, and acclaim as well, under another author name.

So, not Lee Child or Sue Grafton, but there I was, up and running, humming along on all cylinders again.

All’s well that ends well? Not so fast.

You guessed it: Another fusillade of lemons.

14 Responses to When Life Hands You Lemons (Part 1)