Saturday Special: Amanda Knox and Jack Reacher and Me

By Diane on January 25, 2014 in Behind The Book, Beyond The Covers, Blog, Justice

It’s been a fun week for me, a suspenseful week for Amanda Knox, a GREAT week for Don’t Know Jack, and a challenging week for the Tampa Police Department. 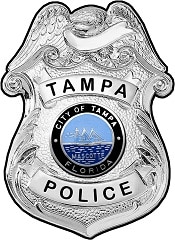 Here’s a few highlights from my world this week.

1. I was featured in a column by Tampa Tribune military reporter Howard Altman. He was interested a new book I’m writing because a few scenes will take place at MacDill Air Force Base in Tampa. CLICK HERE to read Howard’s article. Curiously, right after the article was published, the base cancelled my planned research tour. Raw Justice? One of my suspense plots? ‘Naw. Just bureaucracy. Hopefully we’ll be back on the schedule soon!

2. Amanda Knox showed up again, twice. Bestselling author Elizabeth George was the opening speaker at the Key West Literary Seminar. Imagine my surprise when she spoke about being in Italy during the initial investigation of the Knox case. The experience led to one of her suspense novels. Later this week, the case was in the news again when defense lawyers argued that Knox’s acquittal should stand. This is the Seattle student’s third trial for the murder of Meredith Kercher. She was found guilty of murder in Italy, then was acquitted, and then Italy’s highest court ordered a retrial. A verdict is not expected before January 30th. To read my blog on this topic and the comments from knowledgeable spectators posted last month, CLICK HERE. To read this week’s update on the case, CLICK HERE.

3. Exclusively for our subscribers, we celebrated our 500th Amazon.com reader review for Don’t Know Jack! If you missed out on the party and the party favors, subscribe to my NewsFlash! newsletter and you’ll be included next time. CLICK HERE to join our mailing list. We definitely don’t want to leave you out!

4. How do you keep nearly half a million people safe at a rum-fueled pirate party? That’s the question Tampa Police are dealing with this weekend at the annual Gasparilla Parade. In my book Secret Justice, Gasparilla month provides the backdrop for several fictional crimes. If TPD’s new plans had been in place at the time, would Secret Justice have been a different story? Hmmm… Read about some of TPD’S creative security solutions HERE.

Now a special note for all Harry Potter fans: Keep an eye on my blog next week!!! I plan to show you some pictures from my recent trip to the Wizarding World of Harry Potter at Universal Studios.

Secret Justice and Gasparilla Security
How Powerful is Imagination?

One Response to Saturday Special: Amanda Knox and Jack Reacher and Me