How Powerful is Imagination?

Reading is one of the most wonderful things I ever learned to do. I’m guessing it’s one of your pleasures, too.

What do you want to get from a good book? Many readers tell me they want to escape into another world and completely forget about their own. Writers who can give us the words that work with our brains to deliver that experience are prized, indeed.

Surely, one of the best at creating an amazing world we can find ourselves lost within is J. K. Rowling.

I recently visited the Wizarding World of Harry Potter in Orlando. It’s the portion of the Islands of Adventure Theme park at Universal Studios dedicated to Rowling’s Harry Potter books and movies.

Oh my goodness. Talk about escaping into another world. From the moment you enter the gates… 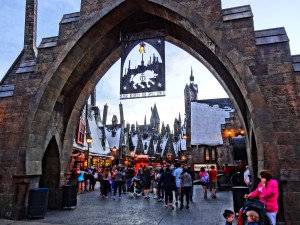 you are completely whisked away. The theme park has created an outstanding experience here.

Whether you’re familiar with the books and movies or not, it’s impossible to pass through the gate without feeling as if you’ve entered a magical city in another era.

The park has recreated J.K. Rowling’s most fantastical elements in physical form : the Hogwarts Express, the enchanting Sweets Shop, the self-stirring cauldron, the smoke billowing from dingy, snow-covered buildings. 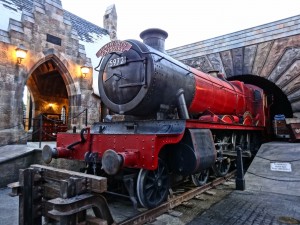 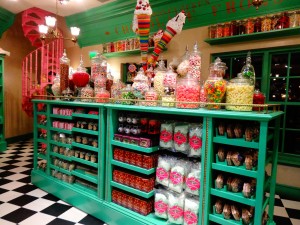 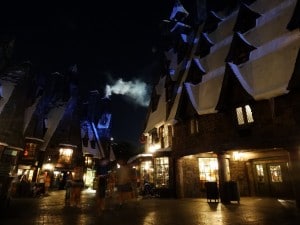 The Harry Potter-themed rides in this park are state-of-the art, thrilling attractions. But what’s most impressive to this writer is the park’s actual existence.

Something about J.K. Rowling’s books was so enthralling to readers that reading about Hogwarts, as astonishing as the reading was, or watching the movies on huge screens, as absorbing as the movies were, none of that was enough for fans.

They wanted to visit Rowling’s world themselves, drink the Butterbeer Harry drank, walk the cobblestoned streets Ron and Hermione walked, touch the wands the professors waved. 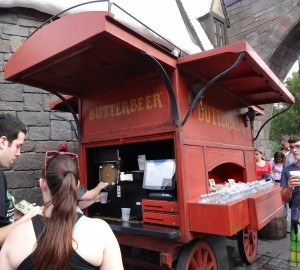 So what is the secret? What magic did Rowling do in the Harry Potter books that draws readers to Hogsmeade? Harry’s a nerdy little orphan with loads of homework and dragons to fight. How did Rowling manage to make going to school so glamorous that kids by the millions, and their families, were compelled to live it through thousands of pages? And millions of moviegoers to immerse themselves in the films? And Universal Studios to create a whole park around it?

That, my friends, is the power of imagination.

If you’ve been to the Wizarding World of Harry Potter, what was your impression?

One Response to How Powerful is Imagination?