By Diane on December 6, 2012 in Blog, Diane Capri Reveals

Kristy K. James’ says her first goal in life was to work in law enforcement, until the night she called the police to check out a scary noise in her yard. Realizing that she might someday have to check out scary noises in other dark yards, she chose the writer’s path.

Since then, Kristy says her days have been filled with being a mom and reluctant zookeeper (7 pets), creating stories and looking for trouble in her kitchen. She’s the author of Enza, a fascinating story about the 1918 influenza pandemic, as well as several romance novels. 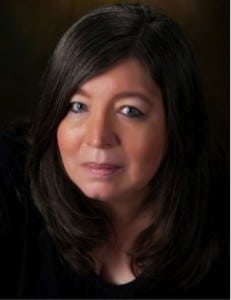 Diane Capri: Kristy lives near my summer home in Michigan, so let’s begin with the Michigan connection. Unlike me, you don’t enjoy flying. But say your publisher offered to send you anywhere in the world to do research on an upcoming book, where would you most likely want to go?

Kristy James: If a publisher wanted to send me to Bois Blanc Island for a month, I wouldn’t say no. That’s the setting for my current work-in-progress. As a native of Michigan, I feel that we have so many wonderful settings for stories, I don’t really need to look outside the state. Beaches that are similar to those you’d find by oceans, beautiful forests, mountains, the Soo Locks where we can see big ships, snow in the winter, tropical (hot and humid) summer weather. We’ve got it all, and so I consider it my job to let people know what a great place this is through my books.

Diane Capri: Like every writer I know, you’re an avid reader. Do you have a favorite book, maybe one you’d consider the best book you’ve ever read?

Kristy James: I guess I would have to choose Alas, Babylon by Pat Frank. I think it’s a fairly realistic depiction of what life might be like after a nuclear war. But in a hopeful way. The story is set in the late 1950s, and centers around an eclectic group of people who, by some miracle, survive –  and actually thrive during the aftermath of a horrible world war.

Diane Capri: Sounds a bit bleak for a woman who adores a hopeful ending, doesn’t it? How did you happen to read it in the first place?

Kristy James:  My sister found the book while still in high school. She thought, with my interest in history, that I might enjoy it…and she was right. I managed to find an old copy, which I read regularly enough that it fell apart, so I was thrilled to find that it was available in print on demand. I won’t tell you how many times I’ve read it in the seven years since I bought that copy.

Diane Capri: And the bleakness?

Kristy James:  It was very accurate in that some people turned into violent animals in the face of devastation. But hopeful, too, when others managed to find the decency and goodness that’s inside all of us. And they used it to help themselves and others.

Diane Capri: Do you use any of those aspects of the human condition in Enza,  which is a tale of catastrophic tragedy of another sort? 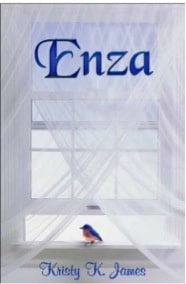 Kristy James:  I did touch a little on the desperation this tragic event caused, people stealing caskets…and the fact that some were shot and killed because of it. Also, a couple of the characters who were ready to give up somehow found within themselves the will to keep going.

Diane Capri: Have any of your characters been modeled after yourself? Which characters, and which parts of you are they revealing?

Kristy James: I think that all of my characters have some part of me in them, male and female alike. I’ve passed my fear of snakes and heights, my love of brownies and bacon, and my passion for REO Speedwagon to many of the people in my stories. Lakes Michigan and Huron are a couple of my favorite places to visit, and that is reflected in my characters vacation destinations. Truth be told, I have to work hard at keeping my likes and dislikes out of the books. That means keeping up with current things, and listening to songs (or watching movies/television programs) that might not be high on the list of things I’d like to do.

Diane Capri: Entice us. What’s the next big thing for you? Did I hear you’re taking on a co-author?

Kristy James: I’m really excited over a project scheduled to start in early 2013. My daughter, Nicole, and I are going to be working on a young adult series. It’s going to be a sort of mystical, good versus evil story that we’re both enthused about. I expect we’ll be butting heads as we write it, but I can hardly wait to get started. She has quite an imagination, and has already offered some great ideas we can use.

Since the stories will deal with kids around her age, I’ve put her in charge of the preliminary character development (while I finish up a few writing projects). Right now it’s her job to find the music and movies they like, the clothing styles each character will wear, what they like to do in their spare time, etc…

Diane Capri: That sounds a little scary to me.

Kristy James:  Frankly, I’m a little afraid of what I’m going to have to get familiar with next year. She’s mentioned the names of bands that just make me go, ‘Huh?”

Diane Capri:  So tell me, who is this handsome fellow? He looks like he might be wearing a pair of blue suede shoes, hmmm? 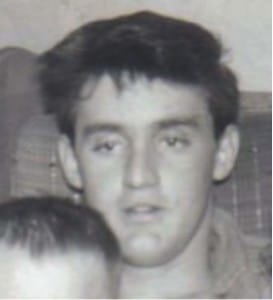 Kristy James:  I’ve always been proud of the fact that my father bore a bit of a resemblance to Elvis Presley when he was a young man, although I think Dad was cuter by far.

Diane Capri:  How did he influence your work?

Kristy James: He is the reason I chose to write ‘clean’ stories. I needed to make sure that everything I put down on paper was something he could read…without my blushing red as a firetruck. And even though he’s been gone nine years now, I continue to do so. He was the inspiration behind Annie McCann’s mother in A Fine Mess. I couldn’t deal with giving her father cancer, because it hit too close to home, so I went the other way. And I purposely left it so that readers didn’t know whether the prayer and alternative healing methods cured her or not because…I do believe in miracles. And I will always wish that we’d gotten one for him. So it’s kind of my dad’s story-with a hopeful ending.

Diane Capri:  Thanks for spending time with us today, Kristy. Where can readers connect with you?

Kristy James: I enjoy connecting with readers any time. I’m usually hanging out at my website: http://kristykjames.wordpress.com/   or on Facebook: http://www.facebook.com/kristykjames

Folks, you already know I love to hear from you! I see everything you send to me and reply as soon as I can. No exceptions! Four fastest ways to reach me? Leave comments below this post.  Join me on Facebook: http://www.facebook.com/DianeCapriBooks  or Twitter:  https://twitter.com/@DianeCapri  or send me an e-mail using the form here: E-mail Contact