Long ago, in a galaxy far away, before she became an Indie Author Superstar selling 250,000 copies of one of her e-books in just two months, CJ Lyons and I were members of a small critique group. I’m not sure how we got connected way back then because we had little in common.

CJ lived in Pittsburgh and I lived in Florida. She was a doctor and I was a lawyer. She was single and I was married. The one thing we were both laser-focused about was our writing. In that, we were fearless, hardworking, confident, and determined to succeed.

A few years later, when we worked together to create the first ever ThrillerFest, CJ was pre-published and my Judge Willa Carson series had just dropped off the face of the earth when my publisher went bankrupt. This was the second time in my life when a very public bankruptcy by a business I depended upon for my livelihood had thrown my future on the rocks.

Back then, Indie Publishing wasn’t a viable option. My career was floundering, not even on life support. I spent a lot of time writing new books, working on the board of International Thriller Writers, Inc., and singing along with Tubthumping. You know that song, right? Have a listen:

But CJ’s traditional publishing career was about to kick off, propelling her into new and exciting experiences no one could have foreseen. Even then, there was no question in my mind that she’d make it in this very tough business and she’s proved me right, succeeding well beyond what even I imagined. (And anyone who knows me knows how big my imagination is!)

Now, CJ Lyons, is not only a New York Times, USA Today and Kindle Bestseller, but an inspiration to traditionally published and indie authors alike. As a pediatric ER doctor, CJ Lyons has lived the life she writes about in her cutting edge Thrillers with Heart. I’m pleased to have with us here today, my friend and inspiration, CJ Lyons. 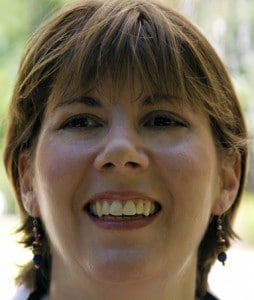 Diane Capri: CJ, I’m amazed that you’ve got even a few minutes to spend with us here today. I thought I was busy with publishing Don’t Know Jack and Jack in a Box already this year, but did I read only this morning that you’re writing four books this year? Four? Are you crazy?

CJ Lyons: *Big Belly Laugh* Maybe crazy, the jury’s still out. Two of the books have been contracted by St. Martins’ Minotaur and the other two my fans have been clamoring for: the finale of the Shadow Ops series and the third in the Lucy Guardino FBI Thriller series. If there’s one thing I’ve learned, it’s that keeping my readers happy makes everything else easier, so I’m trying my best to do that.

CJ Lyons:  No, both those books are available now —BLIND FAITH will be re-released by St. Martin’s Minotaur in July. The other two I’m working on for my fans are: EDGE OF SHADOWS, Shadow Ops Book #3, and Book #3 in the Lucy Guardino FBI series (after BLOOD STAINED, Book #2) that I don’t have a title for yet.

Diane Capri:  Like me and many other authors, you’ve weathered some rocky times in publishing. You’ve been very open about your career’s early ups and downs. You were working on your first novel, NERVES OF STEEL, back in our critique group days, but despite being bought in a pre-empt and receiving praise from New York Times Bestsellers like Sandra Brown, it was cancelled due to events beyond your control before publication, dashing your dream debut. What’s the one lesson you learned from that early experience that should inspire readers and writers alike?

CJ Lyons: It’s the same lesson I teach my writing students: writers write. Successful writers keep writing. When my debut was cancelled, I’d already left my medical practice and so was unemployed for the first time since I was 15. But after a few days feeling sorry for myself, I realized that the best thing I could do if I wanted to make my dream of becoming a published author come true was to keep writing.

Diane Capri: Many people don’t realize that once we sell our rights, we can’t simply do whatever we want with the book when the publisher’s actions take an unexpected turn. When my publisher went bankrupt, I had to hire a lawyer to retrieve my rights in court. How did you pull it together after your book was cancelled?

CJ Lyons: While I worked on a new book, I fought to get my rights back from that first publisher (NERVES OF STEEL is now a bestselling e-book and due to reader demand has led to two sequels, SLEIGHT OF HAND and FACE TO FACE). It was rough going, but I kept writing.

Diane Capri: And what happened?

CJ Lyons: Two weeks after I got my rights back, Berkley called me and asked if I’d like to create a new medical suspense series targeting women readers, kind of a Grey’s Anatomy meets ER. That was it, the entire idea. Of course I said yes and sat down to write LIFELINES, my first bestseller.

Diane Capri: We never know what’s around the corner, right?

CJ Lyons:  Right. Oh, and just to show that karma has a sense of humor, the book I wrote after being ditched by my first publisher? BLIND FAITH, which hit #2 on the New York Times Bestseller list…

Diane Capri: *Laughs* Yep, we’ll get to that in a moment. Readers ask me all the time what it’s like to work with the big bestsellers like Lee Child and David Morrell and James Rollins. So I’d like to ask you a similar question. What’s it like to collaborate with Erin Brockovich? Is she anything at all like Julia Roberts portrayed her in the movie bearing her name? Will you be doing more books together? 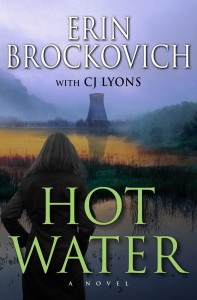 CJ Lyons: It was great fun to work with a personal hero like Erin. And what an honor that she chose me to help her with her fiction debut! Erin and I have still never met—the woman is so very busy, I wish I had a tenth of her energy! But we’ve chatted on the phone and via email, and yes, she’s just like in the movie. As of now, there are no plans for a third in the AJ Palladino series, but you never know.

Diane Capri: You’ve done a lot of astonishing things like exploring the Hell’s Gate Wilderness Preserve in Kenya and earning an orange belt in Kempo. What is the most amazing experience you’ve had so far in your writing career? Why?

CJ Lyons: You know this, too, Diane. Each fan letter brings a new thrill with it—just as each new book release does. Although, I must confess, despite having sixteen books published, I still get a small panicky moment with each new one, anxious that I might disappoint my readers. Guess that’s why writers become neurotic. *Laughs*

Diane Capri: No kidding! The pressure’s enormous. I think that’s one reason the fan mail is so great — we know for sure that they loved the book. Priceless. What else?

CJ Lyons: One of the most memorable events was when BLIND FAITH hit #2 on the combined New York Times print and e-book bestseller list. I was out of town at a conference so a friend’s husband ran out that Sunday morning and picked up a bunch of copies and brought them to the conference for me to sign. It wasn’t until I saw it in print—my book nestled between The Help and Lee Child’s Jack Reacher–that I knew it was real!

Diane Capri: I know you were over the moon about BLIND FAITH hitting the NYT list! Who wouldn’t be? Has that experienced changed your life? How?

CJ Lyons: Hitting the NYT bestseller list is every writer’s dream, but doing it without any publisher support, all on my own (well, me and my readers—they rock!) was a bit surreal. There were no calls or flowers or bottles of champagne or framed copies of my book’s cover from a publisher like friends who’ve hit the list have received. Instead it was me and my agent celebrating—and the celebration was short lived because suddenly all these publishers wanted me, so we had to go to work sorting through offers.

Diane Capri: Like me, you had to be a bit gun-shy about signing away your books this time, right?

CJ Lyons: At first I was reluctant to partner with New York City publishing again, but I realized my readers still enjoy finding my books in print and in bookstores, so after an auction, I went with St. Martins Minotaur because I really wanted to work with their editorial staff and kick my writing to the next level.

CJ Lyons: They’re re-releasing a new edition of BLIND FAITH this July with a whole new ending–my editor fell in love with one of the secondary characters so we changed an entire sub-plot to give him a shot at happiness. Plus we’re developing it into a series featuring FBI Agent Caitlyn Tierney with Book #2, BLACK SHEEP, scheduled for January, 2013 and the third book, HOLLOW BONES due out in hardcover June, 2013.

Since BLIND FAITH was originally a standalone, you can see why I suddenly have a whole lot of writing to do in a very short time! But I love that my readers will be getting books much faster than usual with traditional publishing—and of course, I’ll be releasing new indie published books between times.

Diane Capri: Okay, I can see you’re ready to hit the keyboard again. Your fans are waiting. I know better than to stand in the way of that herd! But before you go, I wanted to ask you about killers. I’ve met a few over the years. How about you? Is it true that you’ve actually met a killer in real life?

CJ Lyons: During my seventeen years practicing medicine I’ve had the unfortunate opportunity to meet several killers, including obtaining two confessions (while taking medical histories) and dealing with one alleged serial killer.

I’ve also had a very close friend who was murdered in a case that made national headlines. Writing Thrillers with Heart gives me a chance to see justice served, the good-guys win, and the bad-guys get their comeuppance.

Diane Capri: Yes, that’s another thing we shared way back when we first met: delivering justice through fiction is a common goal. You can stop tapping your foot — I know we don’t have time to go into that more deeply now! Okay, thanks so much for chatting with us today, CJ. We’re all rooting for you and looking forward to those four new books! Meanwhile, you may not know that CJ has been called a “master within the genre” (Pittsburgh Magazine) and her work has been praised as “breathtakingly fast-paced” and “riveting” (Publishers Weekly) with “characters with beating hearts and three dimensions” (Newsday). If you’re not familiar with her work, you can learn more about CJ’s Thrillers with Heart at www.cjlyons.net

As always, Thanks for Reading and see you between the covers!

New Short Story: Jack In A Box (the Hunt For Reacher Series)
The Road Ahead and Our Special Mother’s Day Gift for Mystery Fan Moms (and those of us who love them!)