The brains behind the crime…

Research for Lone Star Jack sent me down some interesting avenues, as usual. For me, writing believable characters and plots comes from the study of human nature. The plot for Lone Star Jack (and it’s source book, Echo Burning) are powered by the crime called murder for hire.

In real life, murder for hire has been studied extensively. Turns out the crime is not as popular as fiction makes it seem. Most killers seem to prefer doing their own dirty work.

But murders for hire do have certain common characteristics. What they all have in common is a relationship with the target. Victims of murder for hire are not chosen randomly. And often, they’re chosen for a very specific reason. When police investigate murder for hire, the first question is always: who wanted the victim dead, and why?

Who is the mastermind behind the murder?

This article by Joni E. Johnston, Psy. D. published in Psychology Today puts it succinctly: “Murder-for-hire masterminds can be richer than sin or poorer than dirt. They can be husbands, wives, exes, in-laws, business partners or friends; so can their victims.”

Dr. Johnston reports that the U.S. doesn’t keep such statistics. However, “Research by the Australian Institute of Criminality estimated that approximately 2 to 4 percent of their murders are for hire.”

The person behind the murder plot is angry. He feels a sense of entitlement and lack of empathy. He believes he deserves to get what he wants, no matter what the cost to others. Now there’s a good profile for a villain in a great thriller, don’t you think?

What if Kim Otto is faced with such a mastermind? How will she catch him? Read Lone Star Jack to find out! 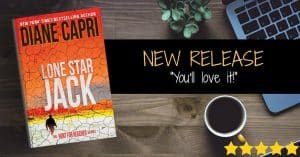 Order the eBook or Audiobook: Amazon

Order the eBook or Paperback: Nook