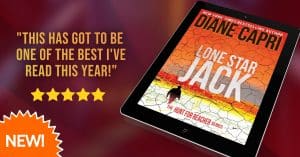 Impatient with FBI Special Agent Kim Otto’s lack of progress, her boss seeks to show her how it’s done.
Cooper drags Otto to Dallas where he sets a trap to lure Jack Reacher with three carrots: challenge, revenge, and pride.

“Diane writes like the maestro of the jigsaw puzzle. Sit back in your favorite easy chair, pour a glass of crisp white wine, and enter her devilishly clever world.” —David Hagberg, New York Times Bestselling Author of Kirk McGarvey Thrillers 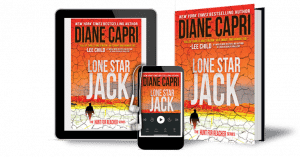 Order the eBook or Audiobook: Amazon

Order the eBook or Paperback: Nook

Kim lost her partner in Jack Knife, as you probably recall. So this time she’s forced to get help from three of the men in her life: Gaspar, Michael Flint, and, finally, Jack Reacher.