Laconia is a picturesque city located in Belknap County with a population of around 16,000. Despite its relatively small size, the city offers an abundance of activities for residents and visitors alike, especially for those who enjoy the outdoors. You can learn more about the pleasures and perils of Laconia here. 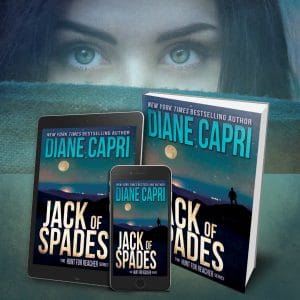 Laconia’s beautiful sandy beaches, scenic trails, and laid-back culture are all appealing. However, hidden in the corners of these gorgeous lakeside views and tourist venues could be a dark side of New Hampshire that is quite frightening, although often less noticeable to the average visitor.

Laconia has some of the highest rankings for property crimes in New Hampshire and is third in terms of violent crime. It’s estimated that about 1 in 25 people living in the city have a chance of being a victim of a crime.

The city is home to two cold case murders that for years have left residents and family members asking questions and seeking answers. 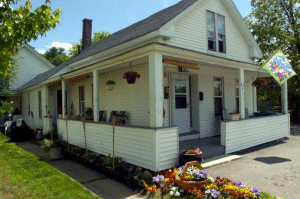 Lisa’s home where she was murdered.

On December 10th, 1991, twenty-six-year-old Lisa Wright was found deceased in her home. The case was determined a homicide. Lisa had been strangled to death. A man was charged with her murder in 1992, however, the charge was dropped the following year and no further charges have been laid. Lisa’s family is still seeking justice although the case has since gone cold.

Nine years after Wright’s death, another tragedy struck on Halloween. On October 31, 2010, Jonathan Miller discovered that his mother, Roberta “Bobbie” Miller, had been shot to death in her own home. Bobbie’s dog, who had also been shot, was discovered beside her.

Both Bobbie and her dog had been shot several times. The home did not show any signs of an intruder, and Bobbie’s daughter Jennifer said that there had been $26,000 in the house at the time of the murder that was not stolen, suggesting that money was not the motive. 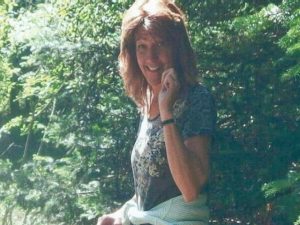 Bobbie was a well-loved member of the community, making her tragic death all the more shocking. She had recently finalized a difficult divorce with her ex-husband when the murder occurred. Although he was questioned by police, no accusations were made.

Three days before Bobbie’s murder, her ex-husband’s cottage in Acton, Maine, burned down. It was suspected that the fire was arson. Although the incidents have not been linked, Bobbie’s daughter believes the murder may have been connected to the arson. 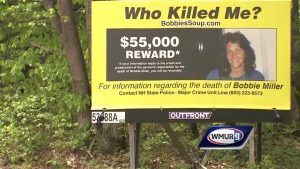 In an effort to find answers, Bobbie’s mother paid for a billboard on Route 104, with a picture of Bobbie and a $55,000 reward. Even so, the case remains closed.

Although Laconia, NH, is still considered safe overall, tourists should follow Otto’s lead. Be alert and take precautions. Always have a Plan B.

How does all of this relate to Jack of Spades? You don’t want me to spoil the story for you, right?