By Diane on February 23, 2018 in Beyond The Covers, Blog, Heir Hunter, Michael Flint, Trace Evidence

Were you following the story of the body found in Lake Michigan last summer? As a snowbird who spends my summers in Michigan, and as a mystery/thriller/suspense author, the story of course caught my interest.

Michael Flint of Trace Evidence and Blood Trails specializes in finding mysterious people, dead or alive. This real life true crime case might have come straight from one of Flint’s adventures. Here’s how it unfolded:

Police in Leland, Michigan worked all summer to identify the body of a man found in Lake Michigan. People on a charter boat spotted the body floating in the water on the morning of July 4, 2017. According to an autopsy, the man drowned a few days before that. No one had reported the man missing, and authorities had no missing person reports that matched his description. A small boat was found several miles away, but authorities found no clear connection between the body and the body. 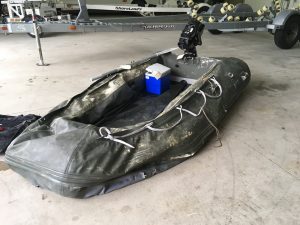 Police released a post-mortem sketch of the man, and concluded he was probably between 50 and 75 years old. Still, no one contacted authorities and his identity remained a mystery for six weeks. 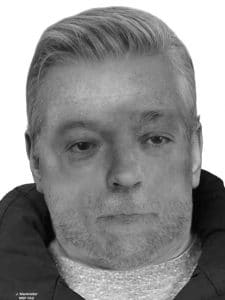 At the beginning of August we got closure in the case. Sadly, the man committed suicide. A friend finally reported a man named Marcus Brandon Adams missing, and based on that information, investigators and medical examiners were able to confirm identity.

Adams was originally from the UK, and had been living in the Washington D.C. area since 2011. Police aren’t sure what his immigration status was. Adams apparently sent suicide notes to friends in Oregon. So what was he doing in Michigan? It’s not clear. We know he spent a few days at a resort there before he died. According to the Leelanau County Sheriff’s Office, Mr. Adams has no known relatives in the United States and notification of possible relatives abroad is still being investigated.

I would be curious to know how Michael Flint would have approached discovering the identity of Adams had a friend not come forward and reported him missing. At this point, this seems like the kind of case that could call for an heir hunter, since it’s unclear whether Adams has any living relatives.

I’ll continue to follow this story, and our hearts go out to those who knew Marcus Brandon Adams.