How To Get The Newest Hunt for Jack Reacher Book ASAP

By Diane on August 17, 2017 in Beyond The Covers, Blog, Hunt for Jack Reacher

It’s that time of year again.

You know what I’m talking about. The time when nights will soon begin to get chillier, days have already become shorter, and we start to get back into our fall and winter routine. The time of year when my snowbird Michigan summer’s  peaceful times are numbered and I’ll soon be heading back to Florida.

In other words, the lazy days of summer are coming to an end as school starts again after Labor Day (If not before). 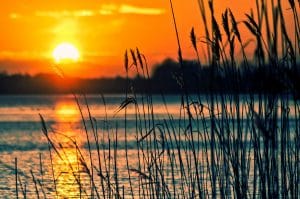 For me, this usually coincides with the hustle and bustle of preparing a new book release as well. Getting those final edits done, tying up loose ends on the business side of the new book release, and stepping up publicity to make sure all of you know as much as we can tell you about the book.

How does your life get busier as summer ends?

You all have been telling me how much you’re looking forward to the next book in the Hunt for Jack Reacher Series, Jack the Reaper. I’m so glad to hear it! The book’s release date is September 26, 2017. But I don’t want you to miss it in the midst of all the schedule changes that come with the new season.

To simplify your life, you might find it helpful to pre-order Jack the Reaper. If you pre-order, the book will automatically deliver to you on release day.

Jack the Reaper is Novel #5 (Book #8) in my Hunt for Jack Reacher Series.

After Jack Reacher handled things The Hard Way, FBI Special Agents Kim Otto and Carlos Gaspar are dispatched to find out whether Reacher is dead or alive. But they aren’t the only ones who want to find Reacher this time. A corrupt Army General is on the hunt, too, determined to make sure Reacher reaps what he sowed. Reacher’s friends Brewer and Pauling are in the crosshairs. When powerful enemies with their backs against the wall will stop at nothing to make Reacher pay, can Otto and Gaspar find the secrets Reacher left behind to keep his friends alive?

Learn more about Jack the Reaper and the Hunt for Jack Reacher series HERE.