Have you marked your calendars? The next total solar eclipse is coming up rapidly: August 21, 2017.
Where will you be? (And why does Michael Flint care?)

Of course, what’s getting a lot of attention right now in astronomy circles is the upcoming total solar eclipse. When I was researching my next book in the Heir Hunter Series, Trace Evidence, I found some fascinating information about this I wanted to share with you.

After this, the United States’ next chance to see a total solar eclipse won’t be until 2024.

On August 21, 2017, the moon is going to pass between the sun and earth, completely blocking the sun so that, for a couple minutes or so, nothing but the corona of the sun will be visible during the particular swath of the USA that can see the full eclipse this year. 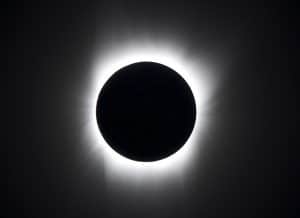 Everyone in the USA will be able to see at least a partial eclipse, but only a portion of the country will see the full solar eclipse. These are the states in which it will be visible:

That means about 100 million people will witness the August 2017 full solar eclipse. Several national parks are expecting swarms of visitors, as they’ll be exceptional spots for viewing. 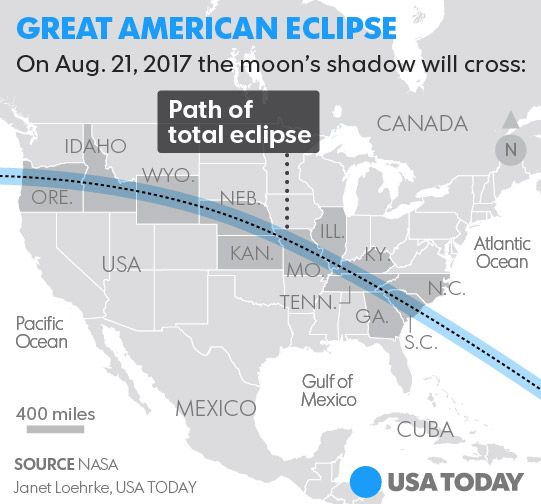 The Great Smoky Mountains National Park in Tennessee and North Carolina will have informal viewing sites guided by staff.

At Grand Teton National Park in Wyoming, rangers will offer programming for the event in four designated areas. Officials there are expecting this will be the busiest day in the entire history of the park.

Hopkinsville, Kentucky could be one of the more interesting viewing spots. The darkness there will last a full two minutes and 41 seconds. And, the eclipse coincides with the town’s Little Green Men Festival, inspired by a 1950’s UFO incident.

Of course, it’s unsafe to look directly at a solar eclipse. Anyone planning to watch the solar eclipse needs special solar eclipse viewing glasses, which are available online or at some viewing spots. Regular sunglasses won’t be sufficient.

If you’re unable to see the full solar eclipse in person, NASA will be live streaming it here: https://eclipse2017.nasa.gov/eclipse-live-stream

Will you be able to see the full solar eclipse? What are your plans? Comment below and tell me — I’d love to know!

Crime Fiction Giveaway! #BookSweeps
How To Get The Newest Hunt for Jack Reacher Book ASAP