By Diane on August 12, 2017 in Beyond The Covers, Blog, Giveaway / Contest, Jess Kimball Thrillers

Crime Fiction lovers, listen up!
From now until August 14, 2017, you have a chance to win 40 crime fiction novels!

I’ve teamed up with fantastic crime fiction authors to give away a huge collection of novels to two lucky winners… PLUS a Kindle Fire to the Grand Prize winner!
You can enter to win my novel Fatal Distraction, plus books from authors like Linda Fairstein, Joe Finder, Lisa Gardner, and Sara Paretsky! 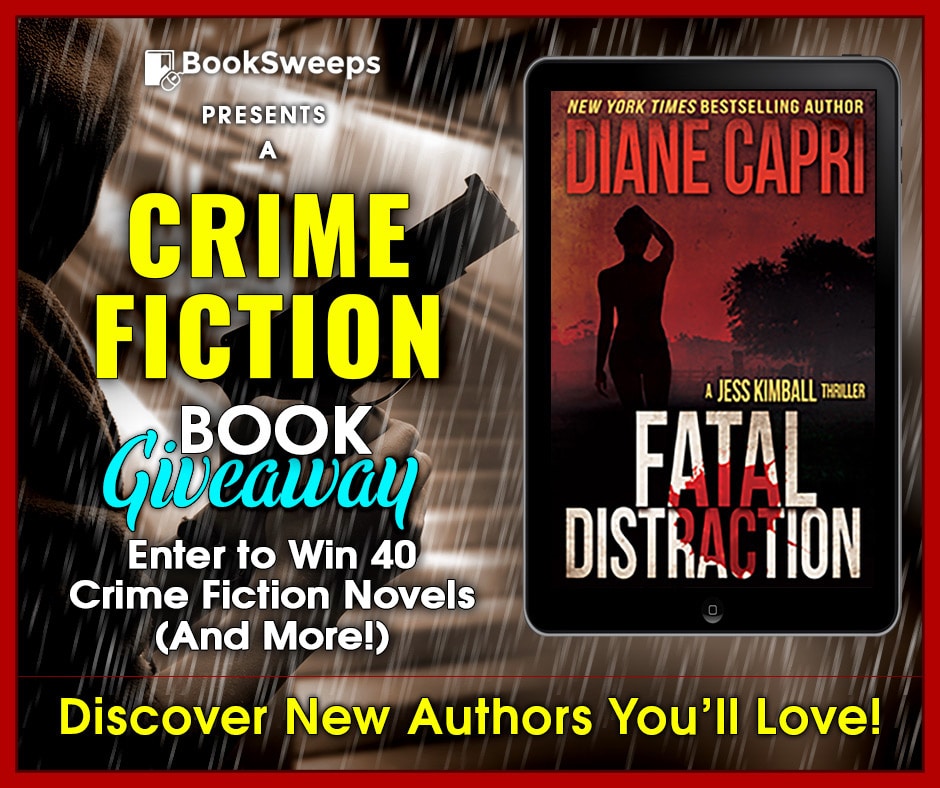 Relentless victims’ rights advocate Jess Kimball and Jack Reacher both deliver justice when the legal system fails. Reacher waits until trouble finds him and then he does whatever it takes. But Jess pursues legal justice and draws lines she will not cross. How can she win against killers who refuse to follow the rules?

Don’t forget to enter the giveaway, and share it with your friends, here: https://booksweeps.com/enter-win-35-crime-fiction-novels-august-2017/