Revealing a new book cover is like Christmas morning to me. I’m thrilled to show you the new cover and see your reaction. I hope you love it as much as we do!

Of course, we’re told not to judge a book by its cover, but that’s exactly what we do, right? And this cover is both stunning and full of evidence about what you’ll find inside.  In fact, you can try to guess what it’s about and put guesses in the comments. How cool is that?

Speaking of evidence… did I mention that’s half the title?
So … Now revealing… Trace Evidence! 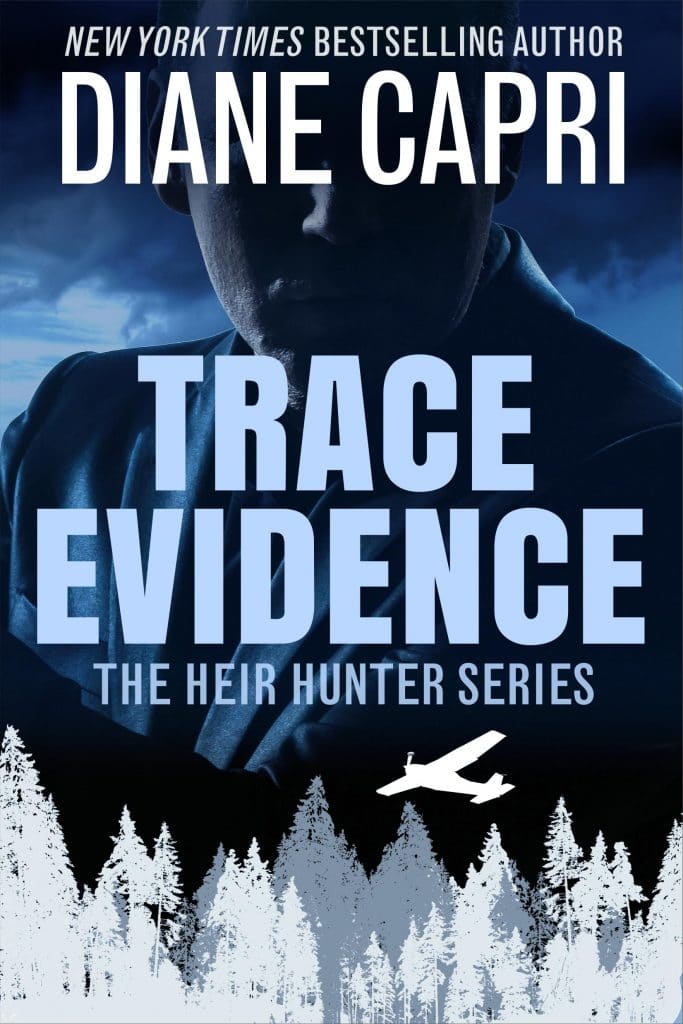 The child of billionaire tech CEO Veronica Beaumont is in desperate need of a bone marrow transplant. With his health rapidly declining, she hires Michael Flint, the heir hunter of last resort, to do the impossible: find Josh Hallman, the boy’s father, to provide a hoped-for match. Six years ago, Hallman piloted a plane that crashed, claiming the lives of two friends. Hallman’s body was never recovered, and he’s been presumed dead ever since. But Flint is beginning to have doubts—because he’s not the only one looking to find Hallman. The difference is, Flint wants to make sure he’s alive.

Now, in a race against time to save a child’s life, the best heir hunter in the business is determined to find Hallman, if he’s alive, before two relentless killers do. And when the Beaumont job uncovers new clues to a cold case that has haunted him his entire life, Flint finds himself wrestling with the toughest challenge of his career: Just because he can find someone, does that mean he should?

Trace Evidence releases August 22, 2017. Over the next few weeks, I’ll be giving you inside sneak peeks into the topics within the book right here on my blog. For that reason, lots of people like to bookmark www.dianecapri.com/blog and check back twice a week for new posts.

Trace Evidence is available for Pre-Order now at a reduced price! Get your order in now and Trace Evidence will be delivered directly to your Kindle or Kindle app the moment it’s released!

Pre-Order from Other Amazon Stores HERE

Escape to Florida With Me!
You know it’s time to go to Michigan when….