By Diane on February 7, 2017 in Beyond The Covers, Blog, Heir Hunter, Michael Flint

In my book Blood Trails, I write about how complicated it can get when there is a fortune to be inherited. 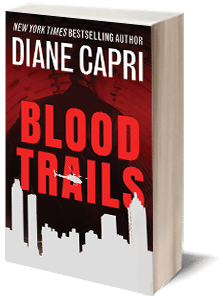 In the case of Blood Trails, a fictitious wealthy Texan named Sebastian Shaw hires Flint to find the woman who owns the mineral rights to the largest independently owned land grant oil field in Texas. If the woman doesn’t sell her mineral rights, Shaw won’t own the field. And if Flint doesn’t find the woman, he doesn’t get paid. Or at least… that’s how things work in theory. It’s never as simple as it should be, is it?

In Normandy a few months ago, a case turned up where it was very clear who the heir was, but what wasn’t clear at first blush was the precise nature of the inheritance.

The lucky Frenchman, whose name hasn’t been made public, inherited a large house in Normandy from a relative. Initially, he thought it was just a house. But when he started moving furniture around, he found the treasure:

-A tin box full of coins screwed to the bottom of a piece of furniture.

-A whiskey box full of coins.

-Gold under piles of linens

-Gold in the bathroom

-A valuable stockpile of gold bars and plates.

(By the way, in case you had any question about the value of gold bars, you can read where I blogged about them HERE because they come into play in my Hunt for Jack Reacher book, Deep Cover Jack.) 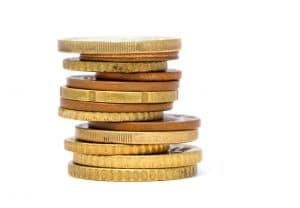 Michael Flint, Heir Hunter, you’re off duty for this case!

To read my blog about stashing hidden cash, CLICK HERE.

7 Lessons on Success from Oil Tycoon Pickens
Kiss of Death Giveaway – Win A #Kindle And #Books!