Night School & Deep Cover Jack: The Craft Behind the Books

By Diane on November 3, 2016 in Beyond The Covers, Blog, Hunt for Jack Reacher

Lee Child and I both have new releases right now: Lee is about to release Night School, and I just released Deep Cover Jack, the fourth novel in my Hunt for Jack Reacher Series, which is an authorized spin-off series from Lee Child’s Reacher novels. Today, I wanted to take you on a behind-the-scenes tour into the craft behind the books.

Lee Child famously says he doesn’t outline his books. He writes as the story develops in his head. I believe him, because a) as a friend, I know he’s an honest man, and b) In the case of Make Me, he came up with the title the night before he was set to start writing it! (He starts a new novel every year on September 1.)

That’s one major difference between Lee Child and me. I’m a planner. Different writers work in different ways — I like to think of it as the way some musicians say they write the music and then the lyrics, and others do the reverse.

But one thing both Lee Child and I do is make certain that the events that happen in our books, and the details of them, are things that could actually happen and, in many cases, have actually happened. Lee talks about that as it relates to his new release, Night School.

He was asked: What is the most interesting thing you researched for Night School?
Here’s his answer:

“Some of the research was about Hamburg, obviously, because it’s a location I wasn’t totally familiar with, but mostly it was about the weapon that is at the center of the story that has gone missing. I can’t say too much about it without spoiling the story. But that required quite a lot of research and some very bizarre discoveries, really. It’s all true, and nobody’s going to believe it, but believe me, it is. It’s true.”
–Lee Child

Doesn’t that make you excited to read Night School?!? 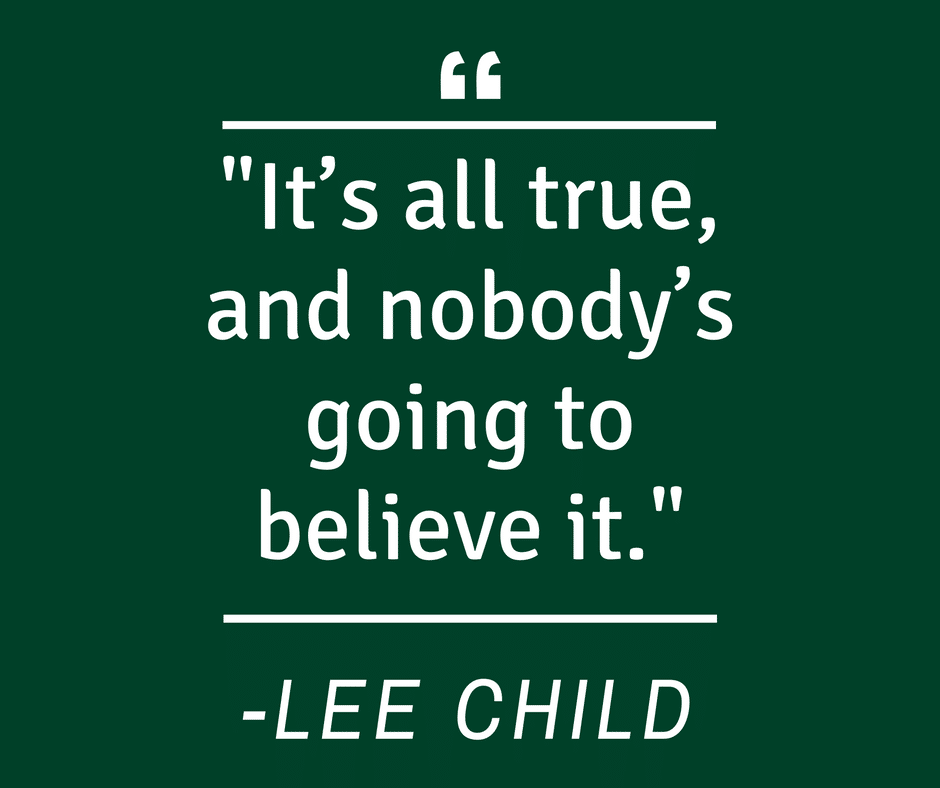 Because I research so thoroughly, I end up learning much more content than I could ever include in the books. That’s part of the reason I keep this blog — to bring you extra pieces of research and elaborate on subjects I only got a chance to touch in in the published fiction.

Over the last few weeks, several of my blogs have focused on topics related to the research I did while writing Deep Cover Jack. Here is a list of those blog posts. I hope you enjoy them and, if you haven’t read Deep Cover Jack, perhaps these links will give you some insight as to what the book is all about.

Dangerous Games of the Night Manager

Cover Your Laptop Cameras … Hackers Can Peer In!

C-4: Proof that the Hunt for Reacher is Deadly

Cloudy Day? No Problem for Some Spies…

3 Times Satellite Cameras Saw More Than We Did