Are You Feeling UnLucky?

Momentum is a powerful thing, isn’t it? Momentum can motivate you to clean the whole house rather than just the kitchen, it can cause a team to lose a game, or it can physically propel one misguided car into another one, setting the stage for a really crappy week. 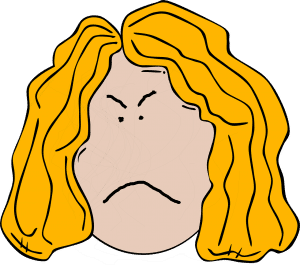 But did you know you have a superpower? You have the power to halt that negative momentum mid-stream, flip it around, and send it packing, clearing the slate for positivity to head your way. 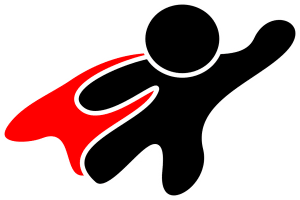 I’m happy to know this not only for my own benefit, but because I love to gift the characters in my books with precisely this kind of superpower: Powers we all have access to, but few of us fully tap in to.

The trick lies in the way you think. When you decide that something is a part of a pattern, your mind begins to look for more incidents to fit that pattern. For example, if you miss your flight, spill your coffee, and trip over the curb, you’re likely going to string those events together and decide they’re part of a streak of bad luck or some sort of curse from the universe. You’ll then look for more things to fit that pattern in order to prove your hypothesis (“I’m having a bad day”) correct.

The truth is, there’s always a chance that several bad things can happen in rapid succession. That’s just the nature of randomness. But a lot of people feel a sense of control by deciding that there is a reason that the succession of bad things happened — it’s bad luck, or punishment, or whatever.

A lecturer in psychology at the University of Leicester in England warns us about the consequences of this line of thinking:

“At times we get so rattled by a bit of bad luck that we make things worse. A belief that you are unlucky has been linked to deficits in decision-making skills, self-control and shifting from one task to another, according to a 2013 study led by John Maltby, a senior lecturer in psychology at the University of Leicester in England.”
–The Wall Street Journal

So how can you turn things around? Try using a different hypothesis. Tell yourself, “I’m feeling lucky,” and you’ll likely start noticing things that are going well for you. Studies also show that it’s helpful to focus on your values. If you think or write about your values, it’s supposed to relieve stress and help you perform better. Who knew?! And, according to the The Wall Street Journal, acting on superstitions that you embrace, like knocking on wood or picking a four leaf clover, can help “put luck on your side” because it gives you a positive expectation.

So, are you feeling lucky? (Hint: The correct answer is yes!!!)

How a Vacuum Solved a Utah Cold Case
Father’s Day: May Your Apron Become Your Cape

One Response to Are You Feeling UnLucky?