By Diane on September 29, 2015 in Beyond The Covers, Blog, Hunt for Jack Reacher

What’s your favorite moment surrounding the release of a new book? 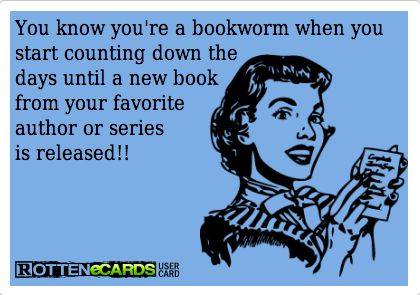 Because the moment we finish reading a book in a series we love is so jubilant and devastating at the same time, I sometimes think the happiest moment for a Book Series Fan is hearing the announcement revealing the title of the next upcoming book in the series. Reassurance that there WILL be more books!

For me, the most recent title reveal was Jack and Joe in my Hunt for Jack Reacher Series, which came out late this summer. I remember how excited I was to hear the name of Lee Child’s latest thriller, too — Make Me.

Have you finished reading Make Me?

One of my other favorite moments surrounding the release of a new book is specific to Lee Child. I love reading/watching/listening to the interviews he does. One of the best ones so far this year is a conversation between Lee Child and Stephen King on stage at Harvard University. The two masters of the thriller spoke candidly, writer to writer, mainly about Jack Reacher.

Lee & Stephen discussed where Lee’s idea for Jack Reacher came from, why he loves telling stories about Americans to Americans, and why he hasn’t co-authored novels with other writers.

If you’ve wondered what drives a successful novelist to conquer the world, Lee also revealed how long he’s wanted to be #1 in America — and why.

Lee has yet another media appearance tonight! Anyone going to be going to his talk in Philadelphia at the Free Library?

If you loved the video above, you can find more Lee Child Interviews online.

So? What’s your favorite moment surrounding the release of a new book? The media blitz? Clicking “Purchase?” Reading the first page? Or something else?

When DNA Provided Poetic Justice
Why We Need Cursive