We thriller authors engage in fascinating research before creating our exciting plots. Our research helps us craft stories we hope you’ll find thrilling when you read them. For example, while writing my most recent book, significant research time focused on the terrifying practice of kidnapping for ransom.

(Want to know why? Check out my contribution to the ongoing Flight 12 project by The Twelve focusing on a fictional Great Aviation Mystery.  Flight 12: A Jess Kimball Thriller. Will Jess Kimball survive Flight 12? Or like Amelia Earhart, will Jess be lost forever?) 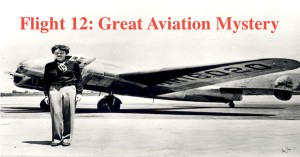 Globalintiative.net explains why kidnapping for ransom is so attractive to criminals:
“As a criminal enterprise it has great appeal — low investment, generally low risk, often quick returns, and plentiful targets.”

Thriller readers probably know about kidnap and ransom insurance. It covers the loss incurred by the policyholder which, in this case, would primarily be any ransom money paid. Often these policies are purchased by corporations to cover employees working outside the U.S.

A closer look at kidnap and ransom insurance reveals known high-risk areas most often listed including Mexico, Venezuela, Haiti, Nigeria, Italy and others.

How frequently are kidnaps for ransom perpetrated? More than you might think.  Here’s an interactive map of reported incidents, updated in real time: http://www.globalincidentmap.com/beta/kidnapping-for-ransom

1. Perhaps the most famous case involved the son of famed aviator Charles Lindbergh — Charles Lindbergh, Jr., 18 months old when he disappeared from his home in New Jersey in 1932.  A ransom of $50,000 was paid, but the baby wasn’t returned. About a month later, the baby’s body was found. Bruno Richard Hauptmann, a German immigrant with a criminal record, was eventually arrested, charged with, and convicted of the kidnapping and murder. 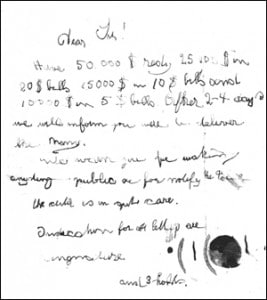 2. You remember the kidnapping of Captain Richard Phillips by pirates off the Coast of Somalia. Maybe you even saw the movie, starring Tom Hanks. In that case, the U.S. merchant-mariner Phillips was serving as captain of a container ship headed from Oman to Kenya, when Somali pirates stormed the ship and took the captain hostage for several days. The pirates demanded a ransom, but the U.S. Navy rescued Phillips without payment. 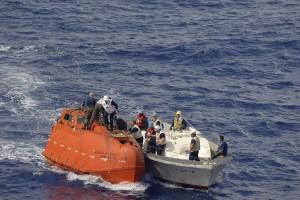 3. In 2013, American Shane Andersen was kidnapped near Monterey, Mexico, a year and a half after he moved there to open a chain of pizzerias. He says he was with a friend in an area full of wealthy locals, when three masked gunmen grabbed him and his friend at gunpoint and demanded a $250,000 ransom. According to CNN, Andersen says the teenagers who grabbed him didn’t even try to hide the kidnapping. Instead, Andersen says they paraded him and his friend around like trophies, and passersby didn’t seem to care. Andersen was forced to call his boss, who provided a ransom of $6,000. It wasn’t until Andersen gave the kidnappers his wife’s $7,000 wedding ring that they let him go.

According to Control Risks, in 2013, Mexico had the highest number of reported kidnappings of any country. Many more go unreported.

In these examples, the kidnappers appear to have been motivated by money, not political reasons. But often, politics are the motivation for acquiring that money. That’s why, In June of 2014, the European Union decided to officially condemn kidnapping for ransom, and the payment of requested funds, calling it a means of helping terrorists.

The UN recently came to a similar decision.

Still, the kidnapping for ransom industry continues to boom. In real life, we don’t want to have the same thrilling experiences we crave in our fiction, though. So here are a few tips I found while doing my research that we can do to protect ourselves:

-Don’t take an unmarked taxi.
-Especially when traveling in high risk areas, don’t wear expensive clothing or show off high-tech gadgets.
-Do your research before traveling. Where kidnappings are prevalent, warnings and suggested safety procedures are usually available.

Oh, and have you ever heard of virtual kidnapping?  Stay tuned — I’ll share my research on that soon.

Saturday Special: Time To Rest and Read
What Makes A Place Home?

One Response to 3 Terrifying Kidnapping-For-Ransom Cases