Love At First Connection and The Rest of the Story

Tomorrow is Valentine’s Day. A day to celebrate romance. You’ve read my books. You know I’m not an especially romantic person. One of my writer friends once suggested that I should put more romance in my books. I said, “I’m married. What do I know about romance?” She replied, “Well, you write about murder and you’ve never killed anybody.” I laughed. 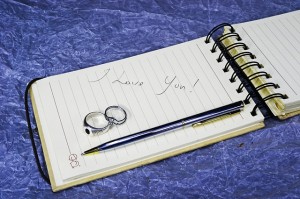 You know that, right? Think about George and Willa Carson. Or Jenny Lane’s parents. Or even Carlos Gaspar, an invalid who keeps working through the pain because he loves his wife and four children.

But writing romance is a challenge for me. Romance is usually about two people meeting and falling for each other. It’s about the first connection. You know me. I’m all about the rest of the story. When I get to the end of a romantic tale and find the lovers live “happily ever after,” my question is always, “And then what?”

Lasting, enduring love between resilient couples who triumph over terror few will ever face or survive, requires a bond between them stronger than hardened steel. Bonds like that are forged only by force of will through life’s ups and downs. But an initial connection has to be there first. Before the extreme events begin. Otherwise, the bond will be weak and break.

Between husband and wife, that initial connection is almost always romance. Romance leads to love. And if we’re very lucky, enduring love that lasts a lifetime. Love that’s worth fighting for. My stories usually start long after the romance begins.

Such was the case when Oliver and Helen Sullivan were stalked by a terrifying serial killer in my novel, Fatal Distraction.

On the night his wife is set to announce her candidacy for the Senate, Oliver Sullivan believes he’s become a liability to his wife. He wants to step aside; he believes he’s holding Helen back.

“He’d always been there for her, taken care of her, protected her.
They’d always been such a strong team.”
–Fatal Distraction, Chapter 5 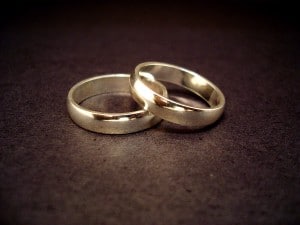 Oliver is slowly recovering from a stroke. He’s impatient with his lack of progress. He’s depressed. He’s not thinking clearly.

Giving up. A selfish decision. One that would hurt Helen much, much more than Oliver could see at the moment. (If Helen were in the room, she’d have let him have it! You know she would.)

Something prompts Oliver to remember that he’s loved Helen since he was 19 years old.

“He knew right from the beginning that Helen was the girl for him, even though she was only thirteen herself. To this day, he remembered with perfect clarity the moment he’d first seen his wife to be.”
–Fatal Distraction, Chapter 5

Do you believe in love at first sight? I don’t know about that… but I believe in love at first connection. I do believe there can be a moment, very early on, or even a few years down the road of friendship, where two people realize they want to share their lives forever. That connection pulls you through some pretty dark times. Times when, if you stick it out and don’t give up, life forges a much stronger bond between you.

Many readers have told me they love reading the relationship between Oliver and Helen. Men have written to say their own wives are as strong-willed as Helen, and they’re proud of it! Women say they admire Helen’s determination to keep her life together and Oliver’s devotion.

Is Fatal Distraction a romance? To me it is. But of course, it’s got mystery and murder and even a few laughs, too. After all, what do I know about romance? I’ve been married all my life!

So have you ever had a moment of “love at first connection”? Or for you, was falling in love a gradual process? Do you know committed couples like Oliver and Helen?

Where Is Maura Murray? Part 2
Saturday Special: Who Are The Twelve? (And Why Should You Care?)