Get Back Jack: Chasing Suspects in Manhattan

FBI Agents Kim Otto and Carlos Gaspar are hard at work in Get Back Jack, engaged in the Hunt for Jack Reacher, of course. At the moment, Otto and Gaspar are chasing a witness on a New York City sidewalk during a mid-November ice storm. Yikes!

But how far will they be forced to run on the ice slicked sidewalk?

Just how long is a New York City block, anyway?

Sounds like a simple question, doesn’t it? I thought so, too. But no.

According to WikiAnswers.com, New York City block lengths vary depending on location and direction. Of course they do. As the old Dan Fogleberg song says, It’s Hard to Say: “It’s never easy and it’s never clear….You think you’re winning, but it’s hard to say sometimes.”

Here’s a New York City graphic and some terrific photos, if you’re interested: 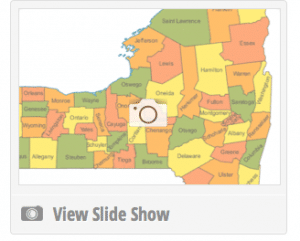 So, where are we on this?

This foot chase happens in Midtown where east/west avenue blocks run 8 – 10 per mile.  To make the math easy, I’m calling it 10 blocks per mile, or 528 feet for each block. Half-a-block is 264 feet.  (North/south street blocks are shorter and run 17/20 blocks per mile. Who knew?)

Agent Otto’s size 5 shoes would normally cover the distance fairly quickly, but sliding around on the icy cement makes the effort a bit trickier.  Agent Gaspar has other difficulties with walking under the best of circumstances, which these are not.

So we’re talking maybe 200 feet or so. Without the icy conditions, an Olympic runner can run it in maybe 6 or 7 seconds.

Let’s say under these conditions Agents Otto and Gaspar can cover the distance in twice that time, shall we? Fourteen seconds. Sound good to you?

How many alleys within our fictional city block? And where would they be located? Between each building? Anybody know? (And you thought writing fiction was easy, didn’t you?)

p.s.  I tried to work this story from the New York Times into my alley question, but it didn’t fit. Still cool though, don’t you think? Maybe I can find a place for a more civilized alley-walk later in the book…. 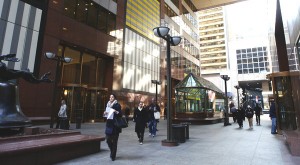 2 Responses to Get Back Jack: Chasing Suspects in Manhattan