Today, it’s my pleasure to feature the talented and mysterious author S.J. Driscoll. 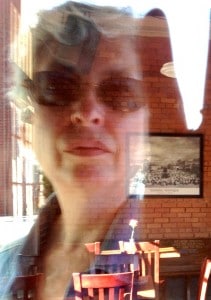 Like many authors in our Diane Capri Reveals series, S.J. Driscoll has been writing and publishing for a long time. Her short stories, poetry and articles have appeared in Ellery Queen, Daily Science Fiction, Asimov’s Science Fiction Magazine, Interzone, The Baltimore Sun, The Washington Times, The Lyric, Woman’s Day and Seventeen, among others. One of her plays was produced in the Baltimore Playwrights’ Festival.

S.J. Driscoll: *laughs* By now, I must’ve used up four or five lives. I think I’ll stay here in Texas a while and concentrate on my stories.

Diane Capri: At what point in your busy life did you slow down long enough to realize you wanted to be a writer? Sometime after this adorable photo, I’m guessing? 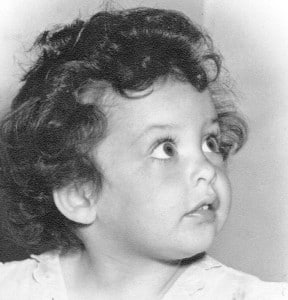 S.J. Driscoll: I was seven years old and in third grade. As homework, the teacher made us write a story. Since I loathed school and preferred running around outside like a free barbarian, I handed in the homework a day late. The teacher failed me! My first story was my first rejection.

Diane Capri: Yikes! That was a harsh introduction to the rejection-filled writing life, wasn’t it? I’d have been crushed!

S.J. Driscoll:  After I wrote the story, I realized we could read it. Stories came from somewhere. People made them. I could make them. Writing gave me the freedom and control I didn’t otherwise have in my life. I still feel that way. (I’d still rather run around outside, though.)

Diane Capri: Was that the beginning of your writing career?

S.J. Driscoll:  Yes. I constantly scribbled stories as a kid, many of them influenced by Edgar Allan Poe. My poor mom, with three little ones to care for besides me, was my first reader. Finally, she said, “Enough!” (I remember this vividly. She was washing dishes at the kitchen sink. My head barely came up to the top of the counter. I scowled and flounced away. Jeez, what did she need those other kids for?) So I never showed her a story again.

Diane Capri: More rejection? All writers pay their dues in the land of rejection, but you really did have guts to keep going.

S.J. Driscoll: When my fifth-grade teacher announced to the class that I was going to be a writer, I was so infuriated that for years I wouldn’t let anyone see my work. Hmm, maybe I wasn’t the most easygoing child….

Diane Capri: *laughs* Ya think? 😀 Okay, so when did you first publish?

S.J. Driscoll:  My first publications were articles I wrote for my boss while working in New York at Grumbacher, the art material manufacturer. Later, Asimov’s Science Fiction Magazine accepted the first story I sent them. It was published under a different name.

Diane Capri: Most Licensed to Thrill readers are interested in my genres of mystery, suspense and thriller. I see you’ve been published by the venerable Ellery Queen Mystery Magazine where many of the giants in our genre have been published for decades. You have published singles our readers can buy now to sample your work, don’t you?

S.J. Driscoll: Yes, and I’m putting together a couple of ebook anthologies of my published and unpublished crime and speculative fiction short stories. We should have those ready soon. The singles are available now: Rage, Sleep and What Jimmy Saw

Diane Capri: Jokes aside, writers do suffer a long road paved with rejections, even after that first sale. But most of us have had helping hands along the way. Many writers are generous with their time and willing to give those coming along behind a boost. I know that happened to me. Who helped or mentored you in your writing career?

S.J. Driscoll: You’re right that many writers have been paying it forward for years. I can remember several career boosts that helped me keep going.

With a few sympathetic words, playwright Arthur Giron helped me get over a period of being completely unable to write. Maybe the help came less from his words and more from the way he said them. Clearly, he understood that pain. The memory of his face sustains me on difficult days.

A and at a writers’ conference, Paula Eykelhof, currently Executive Editor at Harlequin Books, set her breakfast tray down at the table where I was eating alone. After I got over my astonishment, we had a solid talk about my writing. She explained how category romance is not just a viable career path in itself. It’s also a good path to a single title career. Considering the ongoing discoverability problem of e-published fiction, I believe this remains true.

Diane Capri:  We learn a lot from those early rejections, too. Did that happen for you?

S.J. Driscoll: The rejections I received from Harlequin Superromance editors were unfailingly helpful. I’m grateful to those women because they convinced me I needed to create better novel-length plots. I’m naturally a short story writer and learning to plot long has been a real head-cracker, but at last I’m beginning to “feel” long. Novelist/teacher Holly Lisle deserves most of the credit for that.

Diane Capri: In fact, you’re working on a romance novel at the moment, aren’t you?

S.J. Driscoll: My current novel, first in a proposed series about a Texas Hill Country family, is almost complete. That’ll be submitted to Harlequin Superromance.

Diane Capri: Surely along the way you must have had some positive reinforcement to help keep you going.

S.J. Driscoll:  I’ve had the good fortune to experience positive reactions from agents, including Jessica Faust of Bookends (I won a pitch at a San Francisco RWA meeting) and Nephele Tempest of The Knight Agency.

Diane Capri: Great writing isn’t the only thing we need to succeed in this business, though. Who helped you understand the ins and outs of the publishing world?

S.J. Driscoll: You’ve got that right! *laughs* When I lived in Northern California, I spent a couple of years working as fiction reader/editor for former agent Ruth Cohen. She was a wizard with contracts. What Ruth taught me about the business has been invaluable.

Diane Capri: Entice us. What’s next on the horizon for you?

S. J. Driscoll: Ah, that’s the question! There are so many stories I want to write, mostly romance and spec fiction. Everything hinges on improving my craft—and on just staying alive, which takes a lot of effort! Writing’s a challenge, sure, but my greatest challenge has always been surviving the constant earthquakes of my daily life. *laughs* 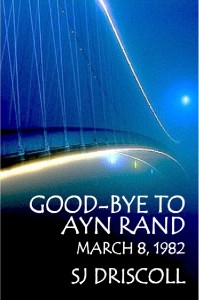 Diane Capri: *laughs* I’m starting to understand your story Good-Bye to Ayn Rand. Okay, I hate to say this but…

S.J. Driscoll: I know, I know. Maybe I’m not the most easygoing woman.