Perhaps it’s odd for a writer Licensed to Thrill, but I adore Downton Abbey, don’t you? Oh, sure, there’s less thrill and mystery and suspense than I usually prefer, but the costumes and the history and that snarky Maggie Smith more than fill the void. Not to mention the thriller writer’s stock in trade – deception. Nakedly obvious eavesdropping abounds and cringeworthy secrets are dramatically revealed. Excellent way to procrastinate instead of working on Get Jack Back, don’t you think? 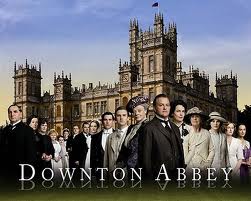 All this Downton Abbey watching led me to explore how well we know our friends. Like the folks at Downton Abbey, the answer often is not as well as we think. And so it was with my friend, award-winning, bestselling Regency Romance author Karla Darcy. Just look at this photo. She looks innocent enough, doesn’t she? Well, that’s what I thought, too. Ha! 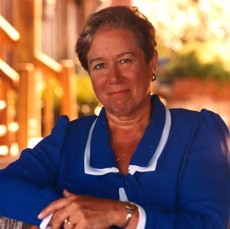 Here’s what I knew before I decided to eavesdrop: Karla Darcy lives with her husband, several tame geckos and an occasional friendly snake on the Treasure Coast on the east side of Florida. She has always felt she lived in the Regency period in a past life. Her early writings were musical comedies and humor columns so it was an easy transition to the romantic and humorous style of Regencies. Lovely dresses, masked balls and witty conversations which contained saucy double entendres were the perfect cup of tea for this author.

Recently, she released two Regency historical romance novels. The covers are beautiful and although the period is not the same as Downton Abbey’s, her novels are just as delicious. Available now from Amazon, with more to follow, they are The Five Kisses and The Masked Heart. Look at the gorgeous covers: 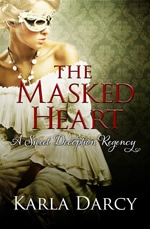 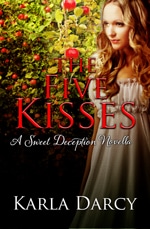 So lean in a little closer and I’ll reveal what I heard while practicing my eavesdropping skills, okay? Who knew my friend Karla Darcy had so many secrets? And who’d have thought eavesdropping would return me to the keyboard to Get Jack Back?

Karla Darcy can count to ten in five languages. “My father loved to learn funny sayings in other languages but the only thing I can remember is how to count.”

She can recite all of the presidents in order from memory. “My family had a friend who took a Dale Carnegie memory course. One night at dinner he taught us how to memorize the presidents. I got an A in high school History class when the teacher challenged the class to recite them in order.”

Shhhh! Her secret guilty pleasure is watching the Ninja Warrior TV show. “Not the American version but the Japanese version. Even though it has English subtitles, the constant screaming in Japanese of the announcer just adds to the whole experience. When you talk about real men, doing impossible feats of strength and not being muscle bound, it doesn’t get any better than this. I’d prefer it if a few more of them ran the course shirtless.”

If she couldn’t be a writer Karla would want to be a radio announcer. “I worked in an advertising agency for years and did a couple of voice over commercials and really got a kick out of it. I have a raspy deep voice which sounds great on the radio and in the dark.”

Karla is the world’s worst procrastinator especially when she’s on deadline. “Unfortunately I do my best work when I’m up against a really short deadline. Adrenaline kicks in and somehow I get it done because I have a built in barometer that tells me just how much time I need to get something done.”

Okay, this one I already knew, but Karla is highly competitive at games. “I love Jeopardy, golf, bridge and trivia games and I hate losing.  I watch the game show network and my favorite show is the old Dick Clark Twenty-five Thousand Dollar Pyramid game.  The sad thing is I’ve watched those shows so much that I can look at the clothes the contestants are wearing and know whether I’ve seen the show recently.”

Seriosly, she used to be a bow hunter — and was the worst possible shot. “My husband is an avid outdoorsman and since I didn’t want to be a sport’s widow I took up whatever activity he was interested in at the time.  Sadly I was terrified in the woods but no deer were in any danger from me.  My favorite of the sports was trout fishing.  Trout aren’t big and probably won’t attack you.”

And you thought only the characters on Downton Abbey were full of secrets! Karla Darcy’s planning to release more books this year, and I’m thinking there’s more to be revealed, too.  So check out The Five Kisses and The Masked Heart, and stay in touch with Karla’s author page where new releases will be announced. You wouldn’t want to miss any secrets, would you?
Now, I have to get back to work, but what do you think about eavesdropping, hmmmm?