As we Southerners say down here below the Mason/Dixon Line, I’m right proud to have with me today one of the best mystery writers in the world, my friend and true Southern Lady, Margaret Maron, author of twenty-seven novels and two collections of short stories. Her work has been translated into 15 languages and has won every major mystery award.

I first met Margaret when the indomitable Elizabeth Daniels Squire asked Margaret to read Due Justice, my pre-published first novel. Margaret was already a celebrity author of award-winning mysteries featuring Judge Deborah Knott, you see. As my readers know, Due Justice was Judge Willa Carson’s debut. This seemed like a perfect fit to Liz.

Liz said a good word from Margaret would impress my undiscovered readers. But what would happen if Margaret didn’t like my book? Was there room for two female judges solving mysteries in Southern states?

Although I had absolute faith in Liz Squire (and she assured me Margaret wouldn’t pinch my head off just for asking), man, was I nervous!

Liz was right, though, as usual. Margaret liked the book. She offered my very first cover quote, a kindness I’ve never forgotten. Liz added a second quote, too. Many of my early readers were persuaded to give me a chance because Margaret and Liz said they should. Judge Wilhelmina Carson found her audience and so did I.

Elizabeth Daniels Squire, my very first successful mystery writer friend, passed away much too soon. But Liz and love of the mystery genre cemented my friendship with Margaret Maron long ago.

I’m pleased to reveal Margaret Maron today and Liz Squire would be delighted, too. Let’s start by revealing Margaret’s North Carolina accent in this video.

Diane Capri: Margaret, you’ve been elected President of everything, including Mystery Writers of America, Sisters in Crime, and the American Crime Writers League.

Margaret Maron: What can I say?  My friends accuse me of trying to be the matriarch of the mystery world, but I do like getting people to work together.  I also believe in paper trails and sunshine so even through some of those organizations were going through contentious times, everything was done out in the open so that everyone knew what was going on.

Diane Capri: You’ve also won more awards than we can shake a stick at. Should I be calling you Dr. Maron now that you’ve received an Honorary Doctor of Letters from the University of North Carolina at Greensboro?

Margaret Maron: Oh please! Even though I was enormously honored, it’s only an honorary title. I tried to talk them into giving me a BA (didn’t finish college), but they very kindly, very gently, very firmly explained that no, I could not have a real degree.

Diane Capri: You judged the 32d Annual National Hollerin’ Contest. Tell us something about the contest and what you were judging?

Margaret Maron: That was such a hoot. Or rather such a holler. *grins* Elaine Marshall, our wonderful NC Secretary of State, asked me to fill in for her at the last minute when she couldn’t get away from Raleigh. I’d never been to a hollering contest and it was very educational. Every contestant had a story about the type of holler he or she was going to deliver and its historical significance. An experienced judge told me to score the first person a 5 and then move up or down the scale of 10 from there. There were 3 judges and each of us submitted 3 names ranked from 1 to 3. The one with the most points won. I can’t remember who it was, but he was on the David Letterman show a few nights later.

Diane Capri: Perhaps your most beloved series character is Judge Deborah Knott. Three-Day Town was nominated for an Agatha Award last month. Deborah’s got a pretty complicated family, doesn’t she?

Margaret Maron: Some of my readers had trouble keeping her 11 brothers and their children straight. I’ve put a chart on my website. It’s much easier to comprehend than Biblical “begats.” What was so great about it was that I had given one of her older brothers a daughter who fell out of the tree when her teenage mother took her and ran. The only reason I had stuck her on the tree was because I thought it would be amusing for Deborah to have a niece who was older than she, never dreaming that I’d ever write about that niece. Nevertheless, when I began writing Slow Dollar and really needed a long-lost relative, there she was. I’m a great believer in serendipity. You are, too, right?

Diane Capri: *laughs* That’s how I ended up being friends with Lee Child and writing my most recent book, Don’t Know Jack. Before Deborah Knott, there was Lieutenant Sigrid Harald of the NYPD. She pops up in Three-Day Town and so many people seem happy to see her again. Does it surprise you when they ask for more books about her? 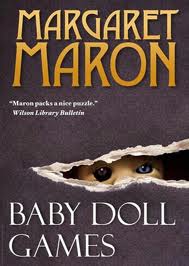 Margaret Maron: It really does. I just wish more of them had been around back when I was writing about her. I had intended from the beginning to write about one year in her life, and had the books found their audience, I was prepared to stretch the year out longer than eight books. Instead, my new publisher jumped on the idea of a Southern judge, so I had to bring that first series to an end and they quickly went out of print.

Diane Capri: Do you have any plans to write about Sigrid again?

Margaret Maron: Sigrid will be back one more time in The Buzzard Table, which is due out in November 2012, and there are always short stories.

Diane Capri: Now, you’re a traditionally published author, but like me and Paul Levine and others,  you’ve recently become an indie, too?

Margaret Maron: I have several titles that are out of print. I own the rights to them, and I’m putting them up as e-books. The lovely thing about eBooks is that those out of print books are now available for those who missed the series the first time around.

Margaret Maron: Absolutely not! Please! Do not send me cute little toys or Christmas tree ornaments or figurines of Noah’s Ark. What I do collect are Noah’s Ark cartoons — flat paper cartoons that I can put in a file folder. Here’s a link to the last one I came across:  http://www.gocomics.com/theargylesweater/2012/02/27

It amuses me that cartoonists are still ringing changes on a 3000-year-old story. Many show a pair of dinosaurs or Mr. & Mrs. Cyclops missing the boat because she dawdled or he wouldn’t ask for directions. Another depicts Noah standing at the head of the ramp. “Attention please,” he says to the assembled animals. “Due to overbooking, we are a few seats short. At this time we’d like to offer free passage on our next available ship to anyone volunteering to step aside.” A pair of unicorns look interested.

My absolute favorite–it won the New Yorker contest a couple of years back– show a man and woman standing by the railing. The woman says, “Don’t mention the vasectomy.”

Diane Capri: *gasps* Margaret! I just told everyone what a lady you are! What would Liz Squire think?

Margaret Maron: Who do you think got me started on those cartoons? 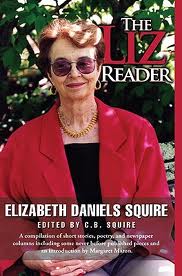 You can be friends with Margaret Maron, too. Join her on Facebook and have a chat. You’ll be glad you did.