What Do Preppers Wear?

In Prepper Jack, a commune of innocent preppers are caught in the fallout as ruthless cartels battling for American drug dollars seek to devastate the community and destroy the people who live there.

I’ve written lots about Preppers over the last few weeks. Preppers define themselves as people who take the initiative and have a strong sense of self-responsibility. Ultimately, they seek to have the necessary equipment and knowledge to protect themselves and their loved ones in the case of unexpected disasters. 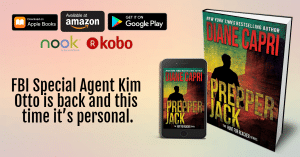 Clothing is an extremely important but often overlooked aspect of prepping. Having the right clothing can be a matter of life and death in extreme situations, and is key in preventing hypothermia and sunstroke. When choosing wardrobes, and ‘prepping outfits’, many preppers are focused on durability and practicality. Some preppers ensure that their clothes will pass the test by wearing them as much as possible to see how long they will last.

Rather than focusing on the latest trends, preppers are looking at the clothing’s material. Many preppers are wary of cotton because it fails to maintain heat and takes a long time to dry once wet. Garments made from natural animal fibers such as alpaca and wool are viewed as the better choice. 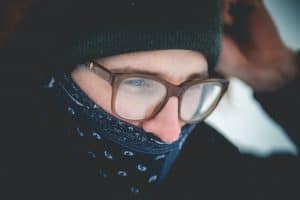 Accessories are also an important part of a prepper’s wardrobe. Hats are near the top of the list for staying warm and sun protection. Many preppers also swear by bandanas because they can be used as a temporary bandage or even a water filter in a real jam.

Although local climate is the primary factor in making wardrobe purchases, so is blending in. This is especially true of preppers living in urban environments. Wearing camo and combat boots in a city may attract unwanted attention for those trying to keep a low profile. Some preppers refer to the strategy of being as inconspicuous as possible as being a “gray man” or woman.

To help solve wardrobe problem, various prepper clothing shops have opened such as Fortress Clothing and Beyond Clothing. These stores are geared specifically towards preppers and offer durable clothing that can pass as regular civilian garb. 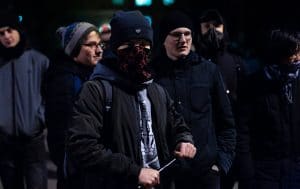 What say you? Does your wardrobe have the necessary characteristics to survive an emergency?

After FBI Special Agent Kim Otto is attacked and nearly killed, she accepts that she needs a partner she can rely on to finish the mission. The best man for the job is Jack Reacher, and he owes her. Can Otto afford to wait for Reacher? Or will she die trying to save the peppers on her own?

The History of Preppers
Floods, Fires & Earthquakes: Are you prepared?