The History of Preppers

I’ve written lots about Preppers over the last few weeks. Definitions of this unique lifestyle vary. Some Preppers choose to live off of the public power grid while others prep within their homes in the suburbs and urban areas. In Reacher’s case, he doesn’t have a home of any kind but we don’t see him doing much tent camping either. 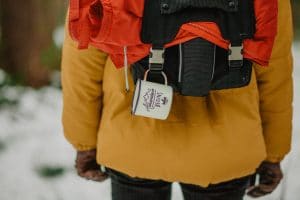 Although ‘Prepper’ is a relatively new term, the concept of preparedness has been around for decades. Many preppers refer back to the self-sufficient lifestyle of early settlers before the development of supermarkets and other conveniences.

The early roots of the prepper movement in America grew out of paranoia surrounding the Cold War in the 1950s. During this time, building fallout shelters and practicing bomb drills were viewed as common safety measures.

Throughout the 1960s, preparedness efforts began to shift more toward sustainability movements. Books such as the Retreater’s Bibliography, written by Don Stephens in 1967, further encouraged people to seek out secret survival shelters and create their own renewable energy sources.

In the late 1990s, the Y2k scare brought preparedness to the forefront of the general public momentarily. After the scare turned out to be false, however, it fed into the idea that the survivalist movement (which was viewed as including peppers at the time) was unfounded and led to a demise in its popularity. 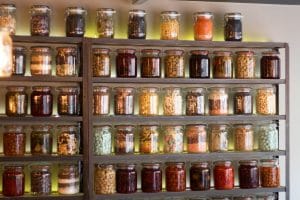 The September 11th terrorist attack in 2001 once again brought attention to the importance of being prepared. After the attacks, many people began to stockpile supplies and create evacuation strategies. Survivalists saw the attacks as an affirmation that their fears were founded, and precautions justified.

The desire to be prepared was further reinforced by Hurricane Katrina, which left thousands of people without access to resources and supplies.

The term Prepper emerged in the early 2000s. Preppers distinguishing themselves from survivalists who historically focused on self-defense and stockpiling ammunition. Prepper is a more general term for everyday people who take precautions for the future, rather than preparing for Armageddon.

In 2012 a show by National Geographic called Doomsday Preppers once again brought preparedness to the mainstream headlines.

Although many Preppers depicted in this show lean towards the more extreme, there has since been a significant trend towards small scale prepping across America.

Due to the often secretive nature of prepping it is hard to gain an accurate read on how many Preppers there are in the country. However, studies suggest 4-9 million Americans engaging in prepping activities. 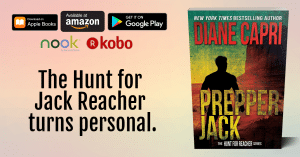 Reacher’s extensive training and service in the army provide him with unique advantages many preppers don’t have. His background makes him the perfect partner for FBI Special Agent Kim Otto as she’s caught in the middle of a dangerous war between a commune of preppers and the Mexican cartel who would kill them all.

Can Otto afford to wait for Reacher’s help? Or will she die trying?

Fun & Games with Preppers
What Do Preppers Wear?