Lots of us were taught to “Be Prepared.” Kim Otto lives by the motto “Hope for the best. Prepare for the worst.” It’s a smart way to hunt a man who doesn’t want to be found and stay alive while she’s doing it.

You probably live by a similar credo. You save money for a rainy day. You stock up on groceries. You have a supply of batteries in case the power goes out. You rarely (if ever) run your vehicle out of gas. And so on. 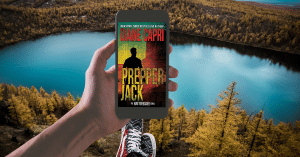 Preppers come in all shapes and sizes, choosing from a variety of ways to educate themselves. Many preppers take to the outdoors to learn new skills, while others have found ways to test their knowledge without leaving their homes.

The prepping industry has developed, growing opportunities for preparedness-minded people to blend their prepping interests with entertainment. While prepping video games and board games may seem like pure fun, they are also a way to develop survival skills and build teamwork.

Not surprisingly, survival-based video games are popular among preppers.

One such game called The Long Dark allows players to experience the challenges of living without basic amenities such as running water or electricity.

There are numerous other video games available that provide users with almost real-life experiences through tracking their hunger levels, crafting shelter, and growing food.

Although these games may not be the equivalent of training in the outdoors, they allow players to practice the prepper mindset while having fun. 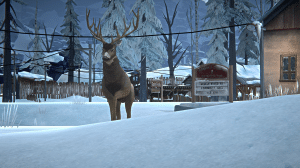 For those who aren’t inclined to play video games, there are plenty of other card and board game options.

One highly popular card game among preppers is called Conflicted. The game features a variety of scenarios that preppers may encounter, encouraging players to discuss their fears and beliefs about prepping. There are also urban survival playing cards that provide useful survival tips.

Created for those who enjoy strategy games, Doom and Bloom SURVIVAL! is a board game that places players into a world where 99% of the population has been wiped out by a pandemic. Players must strategize how to survive with limited supplies in a world full of looters.

Based on a similar premise, the Pandemic Board Game requires players to work together as they attempt to find a way to survive after a series of diseases have broken out worldwide. Each player plays a unique role in helping to cure the diseases, such as Scientists, and Operation Specialists. The game focuses on cooperation mirroring real-life, where everyone wins, or everyone loses. 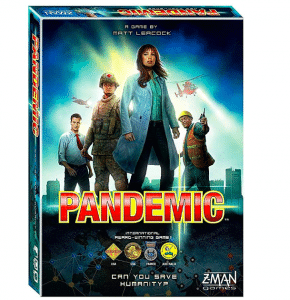 What say you? Do you think these types of games are useful learning tools that will help improve survival skills, or are they purely entertainment?

In Prepper Jack, Kim Otto’s sometime lover, John Lawton, is kidnapped by a ruthless killer and a peaceful prepper gets in the way…

Read Prepper Jack to find out what happens!

⚠️ Prepper Jack! Now on Sale!
The History of Preppers