Floods, Fires & Earthquakes: Are you prepared?

If you’ve read books in my Hunt for Jack Reacher series, you know that just like many Preppers, Jack Reacher is an expert at survival in any situation. Preppers, on the other hand, share a common goal of self-sufficiency and preparedness for catastrophes of all types. The key to every Prepper’s success is being ready for these occurrences long before they happen. Here’s a quick overview of how to prepare for earthquakes, fires, and floods. 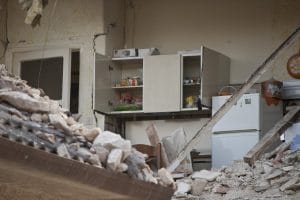 According to the U.S. Geological Survey, earthquakes affect all 50 states, and 143 million Americans are at risk of destructive earthquakes. Taking some time to prepare your home for an earthquake can protect your family from serious harm.

The two greatest dangers of earthquakes are fires caused by gas leaks and falling objects.

To prevent fires, you should learn where your gas valve is and know how to turn it off immediately after an earthquake.

Ensuring that large objects aren’t situated over beds or couches, and that wall hangings are secured is also essential. Also, have latches installed on cabinets so the contents don’t come flying out. 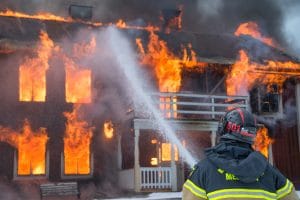 Creating a fire-escape plan involves having all the necessary equipment for a safe escape. Put your plan into action with practice drills.

All members of the family should know where the fire extinguishers are located, as well as how to use them.

Another easy way to protect your home is to check the batteries in your smoke detectors twice a year.

Investing in a burn kit is a wise decision, along with having some basic knowledge of how to treat burns.

Since smoke inhalation accounts for a large portion of fire-related deaths, it is crucial to have fire-masks to protect against Carbon monoxide poisoning and other toxins. 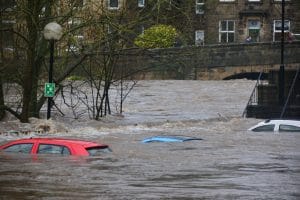 Knowing the basics of flood safety is another essential safety skill. Nearly every area is at risk of flash flooding in the event of a freak storm or other disaster.

To determine how at-risk your home is you can visit FloodSmart.gov.

Most injuries that occur during flooding happen when people attempt to drive or walk through moving water.

As little as two feet of water can displace a vehicle and just six inches is enough to sweep adults off their feet.

Moving water can hide sharp objects and other dangerous items that could be tripped on. Direct contact with floodwater should also be avoided or limited as it is filled with dangerous chemicals and contaminants.

The best way to protect yourself is to identify multiple safety routes ahead of time that are less prone to flooding.

Having all of your important documents in one location is a good idea. If you can, unplug your appliances and raised them to a higher point before evacuating your home.

What say you? Do you have any survival skills or tips? I’d love to hear them! 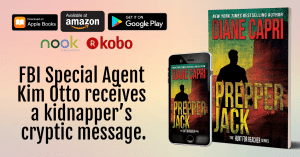 What Do Preppers Wear?
Have you heard of Prepper University?