Watch Out For Tech-Support Scams

Gamblers and con-men believe “there’s a sucker born every minute.” As early as 1879, the phrase was uttered and in today’s world, those con-men have become a lot more sophisticated.

For scam artists and thieves, the internet provides a multitude of opportunities to take advantage of well-meaning people, often by creating false charities or selling fraudulent products and services. As a crime writer, I see too many of these stories every year.

In 2019, the Justice of Department led a four-month crackdown on cybercrime, leading to 281 arrests. Many of these illicit operations were based outside of the U.S., making them particularly challenging to track down. 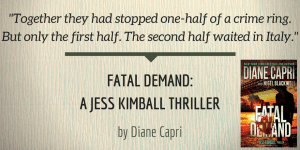 This kind of “invisible danger” fascinates me, and you’ll find references along these lines in my Jess Kimball thrillers, where I write about technology and the dangers that accompany it. In Fatal Demand, it’s Investigative Reporter Jess Kimball’s impossible mission to protect victims from con-artists and criminals.

Tech-support scams are on the rise as the latest of many online scams to be aware. In just two years, these types of digital scams alone have gained over 24.6 million dollars from unsuspecting victims. Over 142,000 complaints regarding digital scams were reported to the Federal Trade Commission in 2018.

Tech-support scams often target vulnerable people and those who are not internet savvy. In one shocking case, a 68-year-old-man from Hawaii with dementia transferred a series of checks and wire transfers worth $356,000 to a false company promising to protect his computer from scammers. The criminals behind the scheme were among 200 suspects connected to elaborate crime-rings that fleeced 2 million from elderly Americans. 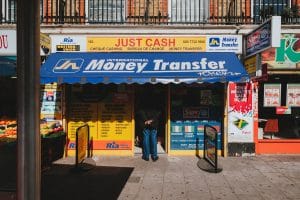 If you’ve ever received an email or popup claiming that your computer is compromised or is at risk, you’ve likely been the target of this type of scam. These scams typically work by scaring people into believing their computer needs to be “fixed,” and directing them to a toll-free number to access Tech-support. When a person calls the number, the criminals will create a sense of urgency, tricking victims into providing personal information or purchasing fraudulent security software or services. These popups are becoming increasingly convincing, as they often steal logos from legitimate companies, such as Apple or Microsoft.

Although the elderly may often fall prey to these kinds of scams, a 2016 survey by Microsoft suggested that Millennials are also likely to deceived by them as well. Knowledge is the best form of protection. Be wary of popup messages and emails that claim you need tech support. Never click on links or call numbers offered in these messages. If you are unsure, you should conduct a separate search to confirm the company’s phone number. 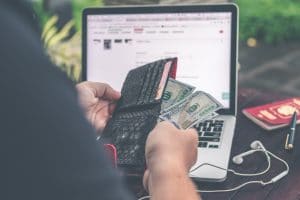 P.S. Did you know that there are scam artists out there who make a bundle through virtual kidnapping? For tips to avoid becoming a victim, CLICK HERE.

In the wake of financial crimes are not only real victims, but real feelings. And oftentimes, that feeling is anger. Do you wonder if a victim’s anger ever turns into revenge?

If so, you might enjoy my thriller, Fatal Game. You can find it and learn more about it HERE.

What about windsurfing? Pt. 1
Has Your Phone Been Hacked? Pt. 1