By Diane on December 7, 2017 in Beyond The Covers, Blog, Jess Kimball Thrillers 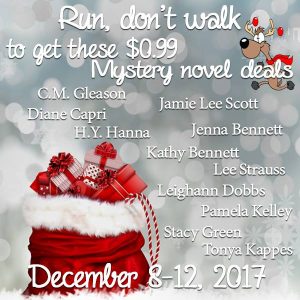 Why not snuggle up with some new books this holiday season? 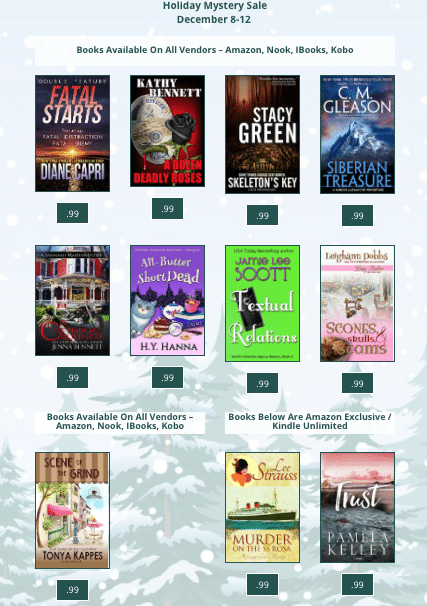 I’m teaming up with a fantastic group of authors to brighten your holiday season! Eleven terrific mysteries, all reader favorites, each on sale for only 99 cents! Sale lasts December 8-12.

My Double Feature, Fatal Starts is included in the sale! Get Fatal Distraction and Fatal Enemy, the first two of my Jess Kimball thrillers, for only 99c! Limited Time!

Jess Kimball hadn’t been in the same room with Richard Martin for more than a dozen years. Worse things than Richard had happened to her since she’d seen him last. He’d find out soon enough that she wasn’t a gullible sixteen-year-old anymore. She was his enemy now and he was hers, whether he knew it or not.

Jess decided long ago she would never yield to him again. Richard Martin would make his choice tonight. Would they become fatal enemies? In this tense battle of nerve and guile, who will survive?

Unsolved Death Beneath the City of Paris
Congratulations, 2 Winners of Autographed Books!